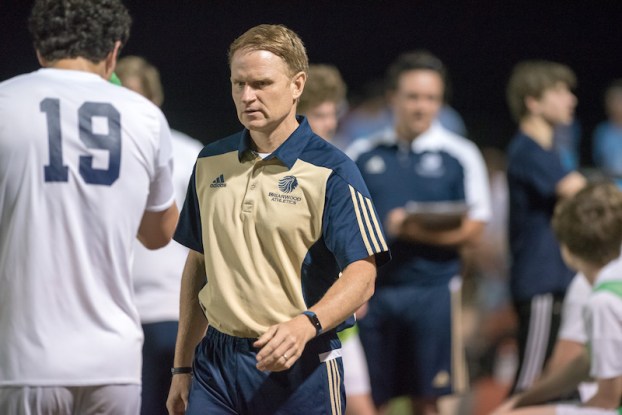 Briarwood's Shawn Brower was named one of Shelby County's two Coaches of the Year after a stellar 2018 season. (Reporter photo/Keith McCoy)

NORTH SHELBY – From player of the year to coach of the year in just six years’ time, Christian Adkins has left his mark on Shelby County boys soccer at the young age of just 24 years old, while Shawn Brower has turned Briarwood into a powerhouse school.

Both have been named as the 2018 Coaches of the Year in Shelby County for very good reason.

Discrediting one, would have meant ruling out a coach in Brower who led the Lions to 21 consecutive wins and its second straight state championship, and a coach in Adkins who led Westminster at Oak Mountain to a 24-2-1 record and a state championship in his first year as head coach.

As a player at Oak Mountain, Adkins won a state championship and was named the county’s player of the year a year later in 2012 as a defender.

He then went straight into coaching after graduating from the University of West Alabama and won two more state championships with the Eagles as an assistant coach for the varsity team. 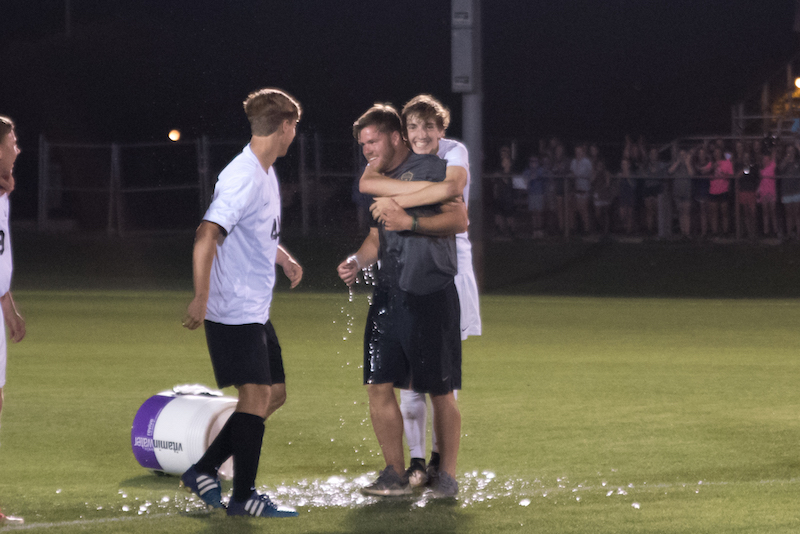 He carried that success over to his first varsity head coaching job at Westminster by picking up his fourth overall state championship in the last seven years when the Knights took down West Morgan High School 2-0 in the Class 1A-3A State Championship game.

What Westminster was able to do in the postseason, however, was the most impressive part.

Playing against the best teams in the state, the Knights won four consecutive games to take home the title and did so by playing strong defense. They gave up just one goal in a 2-1 semifinal win against Bayside Academy, but shutout their other three opponents in the playoffs, including West Morgan in the championship game.

With the loss of just one senior and six of his players being eighth graders this year, Adkins will have a strong team for years to come and will be on the radar for coach of the year each season.

For the second consecutive season, Briarwood lost to Randolph School from Huntsville in the state championship, but that doesn’t take away what Brower got his team to accomplish this season.

Early in the season, the Lions get off to a 2-2-1 start with the offense and defense never matching up on the same night.

Brower knew his team had too much talent to play that average for the entire year and adjustments were made by the head coach as he got the team to believe and see the light at the end of the tunnel.

Starting with a 10-0 mercy-rule win against Woodlawn on Feb. 20, Briarwood entered a dominant stretch and didn’t lose again until the state championship game on May 11, which gave them 21 wins in a row.

During that stretch, the Lions picked up six mercy-rule wins and scored four or more goals in 18 of the 21 games. For the season, Briarwood posted 17 shutouts and scored 131 goals.

Brower has now led Briarwood to back-to-back state championships and will return three of their best players in forwards Logan Forst and Hamilton Bowen, as well as rising-junior midfielder Bailey Morman.

Both Adkins and Brower coach their guys expecting the highest standard to be met, and it shows off both in the way their teams compete during games and at practice.

Their tireless dedication to help these young players achieve everything they possibly can doesn’t go unnoticed and paid off in 2018.

By ALEC ETHEREDGE | Sports Editor Lagoon Park in Montgomery is set to host the state softball tournament through the... read more