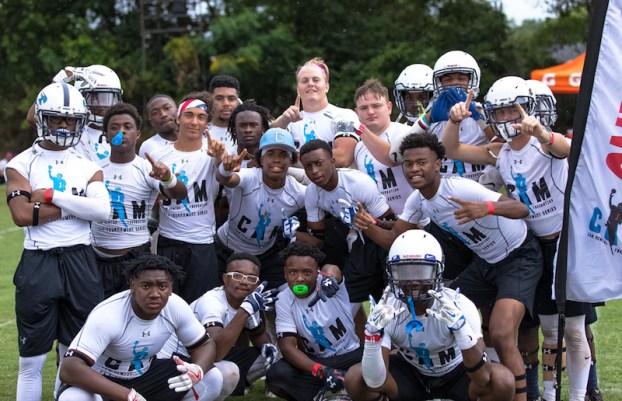 Cam Newton 7-on-7 coming to BlackWatch

NORTH SHELBY – Cam Newton will be back in the state where he became so famous when he travels to north Shelby County and the BlackWatch Sports Complex on Friday, June 29, and Saturday, June 30, for his annual Cam Newton Foundation 7-on-7 tournament series.

Last year, the event was held at Prattville High School, but this year it has moved further North into Shelby County, where there is a hotbed of high school talent for the next few years coming out of a handful of local schools.

The first day of the competition will be held on Friday, June 29, and will be a day filled with round-robin play.

During the first day, teams will play between five-seven games to determine seeding for the following day.

On Saturday, June 30, the bracket will be set and teams will play in an elimination bracket format until a champion is crowned.

While winning the overall championship is the obvious goal, each of the teams that finishes inside the top three of the talented event will receive football-specific donations meant to help schools attain new football gear.

Even those that don’t finish inside the top three will have plenty of positives to take away.

Summer 7-on-7 tournaments help teams get a slight feel of what to expect during the upcoming season, but with the players getting to interact and learn from a three-time Pro Bowler, an NFL MVP, a Super Bowl appearing quarterback, a Heisman Trophy winner and a National Championship winning quarterback, the experience will be more invaluable than your normal summer competition.

This local tournament is one of three Newton will be hosting this summer with stops also scheduled for Marietta, Georgia, as well as Rock Hill, South Carolina.

With the winner of each Regional tournament advancing to the Championship Tournament in July, it marks a big opportunity for each team competing to make some noise heading into the 2018 high school football season.

All of the excitement of the event is put on by the Cam Newton Foundation, which was started in 2014 as a way to support young people with all different back ground to give them hope for the future both on and off the field.