COLUMBIANA – A Jemison man will spend 15 years in prison after he recently pleaded guilty to trafficking methamphetamine in Columbiana. 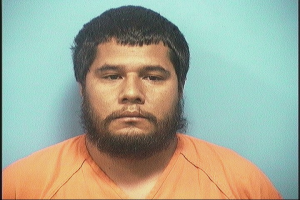 Under the Demand Reduction Act, Guevara-Mata was ordered to complete a substance abuse treatment program, pay a $1,000 fee and pay $100 to the Forensic Science Trust Fund.

Guevara-Mata was initially arrested on April 28, 2017, and charged with attempting to sell more than 28 grams of methamphetamine while at or near Gould Road in Columbiana.

According to the Shelby County Drug Enforcement Task Force, the drugs, which carried an estimated value of $240,000, were shipped via parcel from Calexico, California, which is located close to the Mexican border.