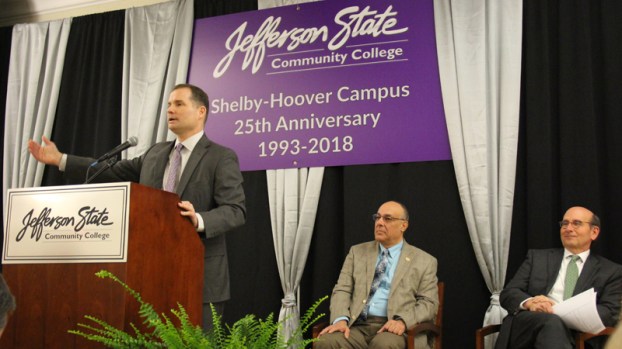 Brown has served Jefferson State for nearly 20 years, most recently in the role of interim president.

His tenure at the college has been marked by his commitment to expanding and maintaining partnerships with community leaders, business and industry, education institutions and elected officials.

Additionally, his commitment to fostering a positive work environment has been recognized by The Chronicle of Higher Education with Jefferson State being named a “Great College to Work For” in both 2015 and 2016.

“As a Jefferson State alumnus who has dedicated his career to improving the lives of the college and its students, I can think of no individual more qualified for the role of president than Keith,” Baker said. “Keith is highly regarded as a capable and compassionate leader not only within the college but with the greater community, and I’m confident that under his direction Jefferson State will continue its exemplary reputation of providing education and training opportunities for all those looking to better their lives.”

Prior to serving as interim president, Brown served as Dean of Campus Development and Campus/Legal Services and also spent time in the classroom as a Business Law Instructor.

Brown also serves in the Alabama Air National Guard as a Colonel and Staff Judge Advocate. Brown has an Associate of Arts from Jefferson State Community College, a Bachelor of Arts from the University of Alabama, and a Juris Doctorate from the University of Alabama School of Law. Additionally, Brown has received training at the United States Air Force Air War College, the senior Air Force professional military school.

“It is an honor to continue to serve the thousands of students, hundreds of faculty, staff and administrators, and the greater Birmingham community as president of Jefferson State Community College,” Brown said. “I would not be where I am today had my path not started at Jefferson State, and I am committed to helping as many people as I can to recognize their potential through the work we do every day. JSCC is near and dear to my heart, and it is truly a privilege to be selected to serve in this capacity.”