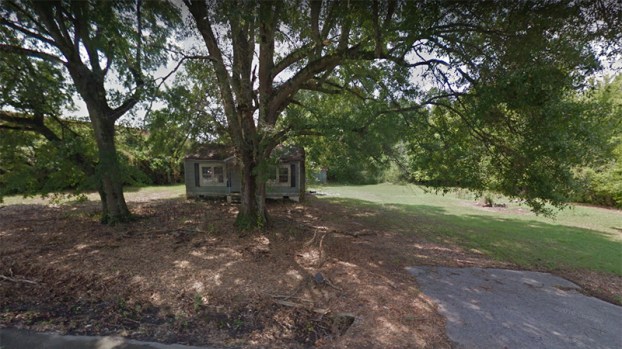 The Alabaster City Council voted to approve a bid to tear down an abandoned home at 2030 Kent Dairy Road during an August meeting, and voted in November to attach the demolition cost as a lien against the property. (Contributed)

ALABASTER – The Alabaster City Council will gather public feedback during an upcoming meeting on tearing down a pair of abandoned, dilapidated structures in the city, and likely will vote on the matter the same night.

Council members will hold the public hearings during their July 9 meeting, which will begin at 7 p.m. at Alabaster City Hall.

During the hearings, the council will gather feedback for and against tearing down structures at 2030 Kent Dairy Road and 37 10th Ave. S.E. The Kent Dairy Road property is directly behind the Walgreens store off Alabama 119 and the 10th Avenue Southeast property is off Old U.S. 31.

The city’s Housing Abatement Board voted recently to recommend the vacant structures be torn down, and passed the matter on to the City Council for final consideration.

If council members agree to demolish the structures, the city will cover the cost of the demolition and attach the cost as a lien against the property, which would have to be repaid before the property could be sold in the future.

PELHAM – The Pelham Police Department is seeking the public’s help in identifying and locating two suspects believed to be... read more