COLUMBIANA – A 19-year-old Pelham man was recently taken into custody after he allegedly tried to kill someone in early June.

Edgar Alejandro Perez-Salazar, who lists an address at Jonathan’s Mobile Home Park, was arrested by the Pelham Police Department and charged with attempted murder on Wednesday, June 6. 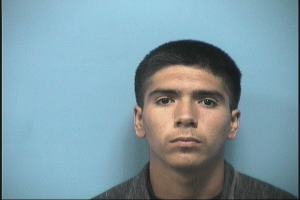 According to his arrest warrant, Perez-Salazar allegedly stabbed a victim “with the intent to commit the crime of murder,” on June 3.

PPD Community Relations Coordinator Ainsley Allison said the incident occurred after the victim attempted to break up a physical altercation between Perez-Salazar and another individual.

The victim’s condition is currently unknown.

Attempted murder is a Class A felony, which can be penalized by a maximum sentence of life in prison.

Perez-Salazar’s case was assigned to Shelby County District Court Judge Daniel A. Crowson Jr., and Perez-Salazar is scheduled to appear in court for a preliminary hearing at 8:30 a.m. on July 25.