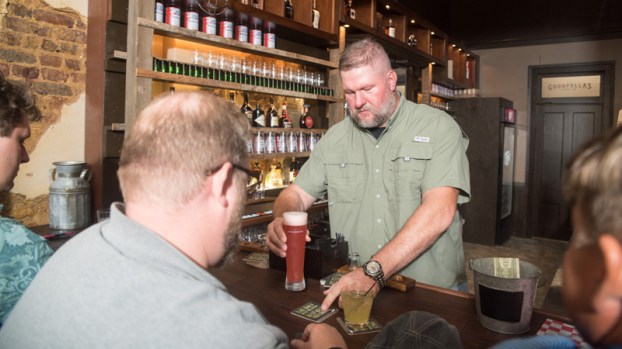 Jobless rates increase slightly in May

Unemployment rates for Alabama, Shelby County and local municipalities increased slightly in May from April’s figures.

According to information provided by the Alabama Department of Labor, the state’s preliminary, seasonally adjusted May unemployment rate was 3.9 percent, an increase from April’s rate of 3.8 percent but still well below the May 2017 rate of 4.6 percent.

“It is not uncommon to see a slight increase in the unemployment rate in May,” Department of Labor Secretary Fitzgerald Washington said. “As graduates and students enter the workforce, some for the first time, they may not find jobs immediately, and it can contribute to a rate increase.”

Shelby County again had the state’s lowest unemployment rate at 2.7 percent, compared to the April rate of 2.6 percent and the May 2017 rate of 3 percent.

Following Shelby County were Cullman County at 3.1 percent and Marshall, Elmore and Baldwin counties at 3.2 percent.

Counties with the highest rates were Wilcox County at 8.9 percent, Greene County at 7.2 percent and Clarke County at 6.9 percent.

Major cities with the highest rates were Selma at 6.2 percent, Prichard at 6.1 percent and Anniston at 5.5 percent.

Washington announced that Alabama’s wage and salary employment measured 2,042,400 in May, a 10-year high.

“Wage and salary employment in Alabama continues to increase significantly month after month,” Washington said. “This month’s count is the second largest we’ve ever recorded, yielding only to pre-recessionary numbers. It represents the most jobs our economy has supported in more than a decade. Employers are hiring in Alabama, jobs are available in Alabama, and people are working in Alabama.”

Over the year, wage and salary employment increased 21,600, with gains in the manufacturing sector (plus-4,600), the leisure and hospitality sector (4,400), and the professional and business services sector (4,000), among others.

“We know that our economy is supporting record numbers of jobs, and we also know that Alabamians are working in record numbers—the most in more than 11 years,” Washington said. “Twenty-one thousand more people are working now than they were last year. That means more Alabamians are supporting their families, and spending money in their communities.”

MONTEVALLO – More than 3,000 veterans have been added to the Register of Honor at American Village since its founding... read more