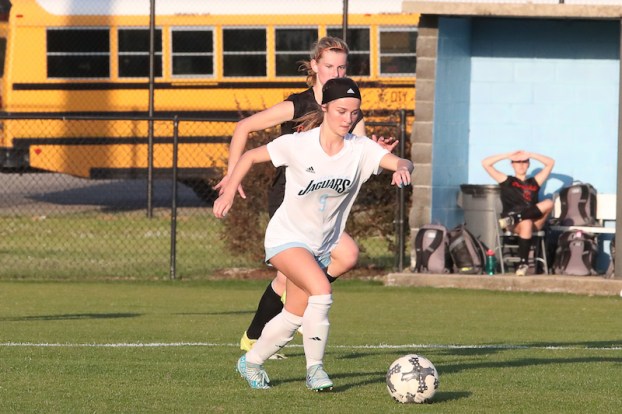 Haley Greene was named one of the county's Players of the Year alongside Hailey Whitaker after stellar seasons in a difficult area. (For the Reporter/Dawn Harrison)

Whitaker and Greene named girls soccer Players of the Year

Both the Spain Park Jaguars and Oak Mountain Eagles came into the 2018 girls soccer season as strong contenders to bring home a state championship at the end of the year thanks in large part to two different players.

For Spain Park it was Haley Greene, and for Oak Mountain it was Hailey Whitaker. Now, at the end of 2018, while neither ended up with a state championship, both have the honor of sharing the 2018 Shelby County Player of the Year award for the way they helped their teams throughout the season in difficult situations at times.

Greene’s season was spectacular, especially when you factor in the amount of goals fellow junior Jasmine Greene added throughout the season. Haley ended the year as the county’s leading goal scorer with a total of 37 goals.

She also added 27 assists to that total and beat out her teammate Jasmine by nine goals and 12 assists.

With both of those dynamic players on the same team as well as other key playmakers, but some late injury problems for some key pieces to the team caused a tough 8-2 loss for the Jags in the first round of the playoffs.

Despite that difficult ending to the season, Haley was able to put forth a dominant offensive effort that helped propel the Jags to a 17-6 overall record and a 5-1 area record in one of the most difficult areas in the state featuring Oak Mountain and Mountain Brook.

With Haley and Jasmine both back next year as well as goalkeeper Vivian Gray, the Jags will be in good shape to bring home a state championship. The losses of Alyssa Young and Kayla Wiggins will be tough to replace, especially in the backfield, but the offense should continue taking strides.

For Whitaker, it was a special senior season that saw her finish second in the county behind Haley with 33 goals, while she tied for the lead in assists with 27 this season. 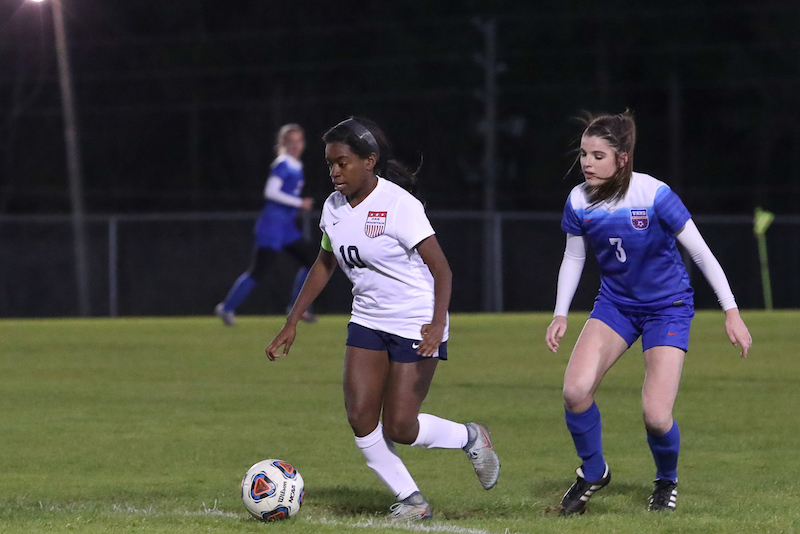 It was much needed as fellow senior and Auburn commit Julia Pack had a sad and difficult season-ending injury later in the season, which put even more pressure on Whitaker to handle the goal scoring for Oak Mountain.

Head coach Chris Blight raved about how Whitaker handled that situation late in the year to lead the Eagles to a playoff berth.

Unfortunately, in the first round of the playoffs, the Eagles had the pleasure of taking on No. 1 ranked Vestavia Hills, who went on to win the state championship.

Oak Mountain actually took a strong 3-1 lead in that game, but gave up six unanswered goals to fall by a final of 7-3.

The Eagles, who play in a difficult area and took on one of the most difficult schedules in the state, finished the season with an overall record of 14-8-1, including an impressive 5-1 area record.

Before the injury bug struck, the Eagles started the season 9-0-1, but then faltered and lost six of their next eight games.

With the help of Whitaker, however, Oak Mountain was able to win four of its next six games, including back-to-back wins against Spain Park and Mountain Brook to lock up a playoff spot.

Both players had standout seasons for their respective seasons and were two of the best athletes in the state.

While Whitaker is off to college, and Jasmine is returning for her senior year, both left their mark on the 2018 season and will have new ventures ahead in 2019.