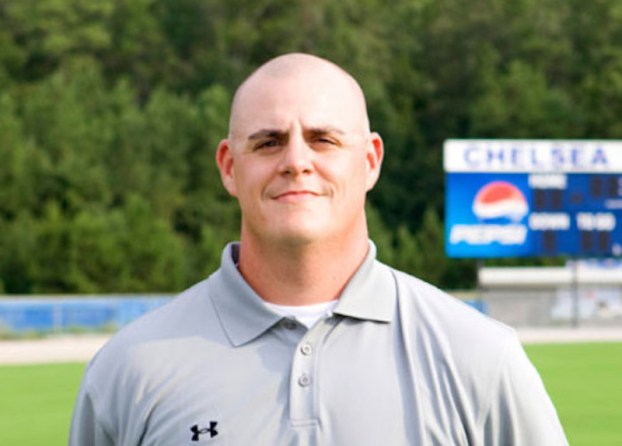 Lucas Weatherford has held jobs as an assistant at both Chelsea and Helena. Now he will take over as head coach of the Vincent Yellow Jackets. (Contributed)

VINCENT – Vincent’s football program has been on an upward trend the last two years under former head coach Wiley McKeller, but now that McKeller has stepped aside to move on to James Clemens, it’s an upward trend many may be worried about.

Enter new head coach Lucas Weatherford, who left his role as defensive coordinator at Helena to take over the head coaching job at Vincent.

“It’s been a whirlwind,” Weatherford said. “I didn’t expect this because it happened so late in the school year.”

Now Weatherford will step into the role and look to carry the Jackets that one step further by taking them to the playoffs for the first time since 2014 when they made it as a four-win team.

“We have a good chance to reach the playoffs this year,” Weatherford said. “That’s my first goal, to get us into that position. That’s got to become the expectation and norm every year.”

Weatherford, who spent one year as the defensive coordinator at Helena as well as eight years as an assistant at Chelsea, is excited to help this group grow on and off the field.

“The biggest thing we have to do is not be complacent,” he said. “We have a lot of talent and good kids, but we have to get there and not just show up on Friday night. I want them to treat every day like it’s a game day. I’m hoping that carries over into everyday life of the classroom and jobs. We want them to always have to have their best effort.”

Weatherford is still trying to get his feet under him and gain the guys’ trust after getting just five practices with them during the spring.

“We’re doing great in competitions right now, they’re competing hard,” he said. “But when we do practices and other things that may not seem as important, we need them to give that same work ethic they give during competition.”

That process of getting the guys to buy in, believe and work hard every day is being helped out by four of this year’s rising seniors, Chris Hardie, Robbie Albright, Zach Munoz and Zach Martin.

“Those four seniors are trying to take the bull by the horns and get the younger guys to put in the necessary work,” Weatherford said. “The juniors are also starting to step up and realize the work ethic it’s going to take. Overall, we have a great group of guys with good leadership and hope that continues.”

Under McKeller, Vincent had several players come out for the team that had yet to play football in their lives as he grew excitement around the program.

Weatherford is trying to continue helping those players progress and playing the game as well as convince others to join the team.

He knows it’s going to take a lot of work, but has high hopes for the guys that are with him and willing to put in work.

“Right now we are trying to win the summer day-by-day and get stronger at practice,” he said. “If we can win these days and win Monday through Thursday during the season, Friday nights will take care of themselves.”

He thinks that will help the team succeed not just on the football field but off the field as well.

“The big thing is that they win in life,” Weatherford said. “I want them to standout in everything they are doing in life and our community. Football teaches a lot of life lessons, and I firmly believe by the way we attack every day, that will help them off the football field as well.”

The Weatherford era will officially get underway with Vincent’s first football game of the 2018 season on Friday, Aug. 4, at home against White Plains.

By NEAL WAGNER / Managing Editor STERRETT – A 38-year-old Vincent man was killed in a single-vehicle crash on June... read more