COLUMBIANA – A 35-year-old man Alabaster man who was arrested on multiple drug charges during a May search and seizure was recently arrested again on two additional drug-related charges.

Adam Blake Mullins, who lists an address on Eighth Street Southwest, was arrested by the Shelby County Drug Enforcement Task Force on Monday, June 18, and charged with two counts of selling cocaine. According to his arrest warrants, Mullins allegedly sold the drugs on April 20, and again on April 27. 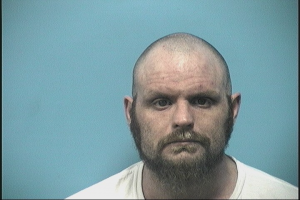 According to SCDETF Cmdr. Clay Hammac, Mullins initially received charges of trafficking methamphetamine, possession of a controlled substance, second degree marijuana possession and possession of drug paraphernalia on May 2.

Mullins was arrested with three other suspects, and was said to have been in possession of multiple assault rifles, assorted firearms and munitions during drug sales.

Hammac stated that Mullins received the two additional charges as the result of the investigation that stemmed from the bust on May 2.

The sale of cocaine is a Class B felony. If convicted, Mullins could receive a maximum prison sentence of 20 years.

Mullins was released from the Shelby County Jail on bonds totaling $20,000 during the day of his arrest.

Mullins’ case was assigned to Shelby County District Court Judge Daniel A. Crowson, and Mullins is scheduled to appear in court for a preliminary hearing at 8:30 a.m. on July 25.