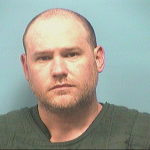 Timothy Patrick Lagan, 37, was arrested on March 15 and charged with sexual abuse of a child less than 12 years of age, production of pornography with minors, and dissemination/display of child pornography.

His arraignment was scheduled for 8:30 a.m. on Aug. 6, and Judge William H. Bostick III is presiding over the case.

Lagan, who lists an address off Shadeswood Drive, has remained in jail since his arrest with bond set at $180,000.

The indictment alleges that Lagan committed the crimes from March 1, 2017, to March 11, 2018—including subjecting to sexual contact a child less than 12, taking nude pictures of the victim exposing breast and/or genitalia, and disseminated or displayed publicly a video file of child pornography.

Sexual abuse of a child younger than 12 is a Class B felony. If convicted, Lagan could face a maximum of 20 years in prison.

By GRAHAM BROOKS / Staff Writer HELENA–The 17th edition of Helena’s Buck Creek Festival the weekend of May 11 was... read more