COLUMBIANA – A 33-year-old Columbiana man was recently put behind bars and charged with multiple theft-related crimes throughout the month of June.

Jeffrey Scott Carter, who lists an address on Lauderdale Street, was originally arrested by the Chilton County Sheriff’s Office on Friday, June 1, and charged with receiving stolen property in the first degree after he allegedly received a 1999 Chevrolet, valued at $6,500, that had been stolen from a Sterrett man. 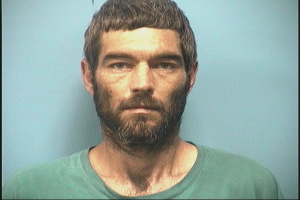 He was released from the Chilton County Jail on a $10,000 bond several days after his arrest.

Carter was later arrested by the Shelby County Sheriff’s Office on June 6, and was charged with an additional first-degree receiving stolen property charge.

According to court documents, this charge stems from an incident when Carter allegedly acquired a variety of stolen items, including a Craftsman riding mower, a clock, assorted collectable Die Cast cars, a bicycle, a weedeater and four tires and wheels from another victim in April.

On June 8, the SCSO charged Carter with an additional count of first degree receiving stolen property, along with two counts of theft of property in the first degree.

Court documents state that these charges stem from two May incidents. On May 26, Carter allegedly received a 1999 Chevrolet Z71 and assorted tools, that were valued at $8,000 and had been stolen from the same Sterrett man.

On May 30, Carter allegedly stole a zero-turn lawnmower, a dove-tail trailer, a weedeater, a Briggs and Stratton lawnmower and two gas cans, valued at $10,185, from a third victim. On that same day, Carter was accused of stealing a Polaris Razor, a Brice Force four-wheeler and a utility trailer, valued at $36,500, from a fourth victim.

Carter received another first degree theft of property charge on June 29, after he allegedly stole a 2008 Keystone Cougar 29 travel trailer, valued at $9,000, from a fifth victim. That incident also occurred on May 30.

First degree theft of property and first degree receiving stolen property are both Class B felonies. If convicted, Carter could face up to two decades in prison.

For the charge he received from the CCSO, Carter is scheduled to appear before Chilton County District Court Judge Christopher G. Speaks at the Chilton County Courthouse for a preliminary hearing on July 17.

For the five charges he received from the SCSO, Carter’s case was assigned to Shelby County District Court Judge Daniel A. Crowson Jr., and his preliminary hearing at the Shelby County Courthouse is scheduled for Aug. 23.