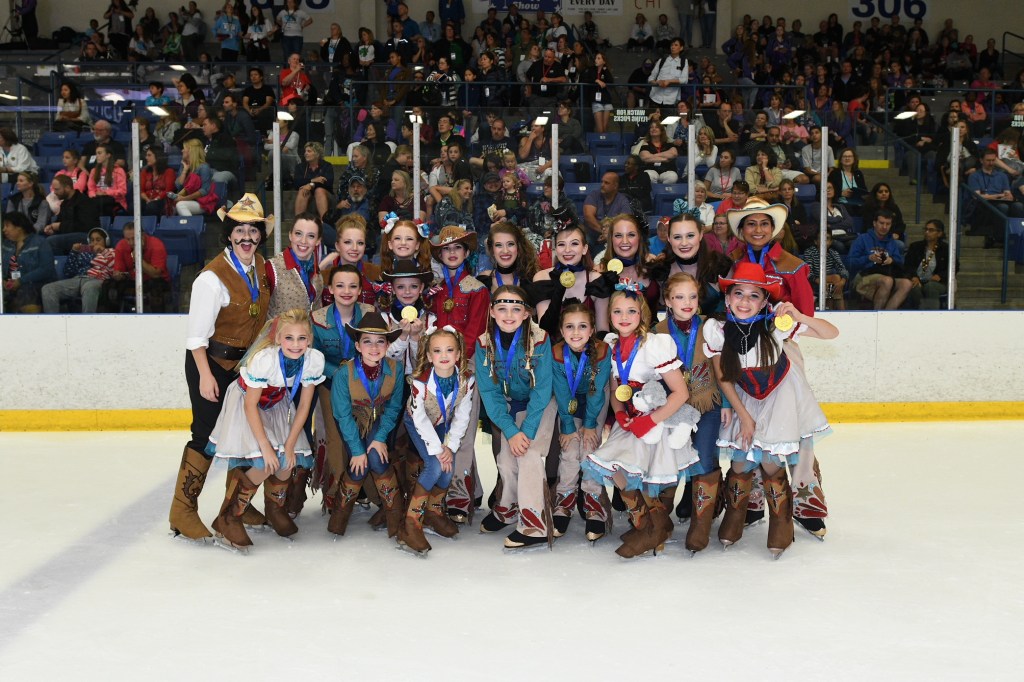 Last year’s Magic City Theatre on Ice team placed first in the Choreographic Exercise and first in the Free Skate, and they are looking to have the same success at this year’s competition set for June 25-29 at the Pelham Civic Complex. (File)

PELHAM – Magic City Theatre On Ice, representing the Birmingham Figure Skating Club and the Pelham Civic Complex and Ice Arena, competed in the open division at 2018 National Championships placing first in the Choreographic Exercise and first in the Free Skate, bringing home the national title.

Magic City Theatre on Ice performed their Choreographic Exercise on Wednesday, June 27, finishing in first with a 5.33-point lead over Minnesota Theatre on Ice of Rochester, the 2017 reigning champions of the open division. On Thursday, Magic City performed a Wild West themed Free Skate to music from Bonanza, The Good, the Bad, and the Ugly, William Tell Overture, and the Magnificent Seven. The team finished with a 6.86-point lead in the Free Skate, and an overall lead of 15.83 to win gold in the event. The team called It’s Hot of Brazos Valley Figure Skating Club won silver and Minnesota Theatre on Ice of Rochester took bronze.

Theatre on Ice is a form of competitive figure skating that is popular in Europe, where it is known as Ballet on Ice. It combines the grace of figure skating with the excitement of theatre and dance. Popularity in this division of figure skating continues to increase; 120 teams from across the country compete in Geneva, Illinois June 26-30.

Magic City Theatre on Ice is coached and choreographed by Danny Tate, Facility Director of the Pelham Civic Complex and Ice Arena, Emily Sanders, Anita Saxena, Priscilla Fowler, Michelle Badgley Cox, in addition to the local coaching team are the out of state coaches, Michelle Hunt and Piercyn Hunt of nationally acclaimed Harmony Theatre Company, who came several times from Michigan to work with the team.

The Pelham Civic Complex and Ice Arena is the home of the Pelham Skating School and Birmingham Figure Skating Club, a member of US Figure Skating. Both work in tandem and are dedicated to the development of figure skating by providing learn-to-skate opportunities and advanced training for competitive figure skating.