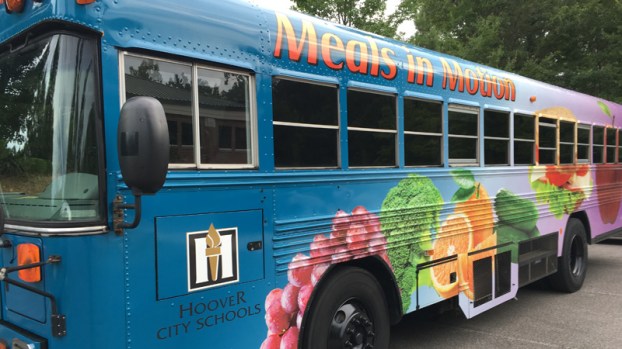 HOOVER – Hoover City Schools’ “Meals in Motion” summer feeding program has been recognized for its effectiveness in its first year of existence.

The program was recognized by the Alabama State Association for Health, Physical Education, Recreation and Dance, Jason Gaston with HCS told the system’s Board of Education at its meeting on Monday, July 2.

Meals in Motion serves more than 200 lunches each weekday during the summer at the Hoover Public Library as part of the United States Department of Agriculture’s Summer Food Service Program.

The partnership between the HCS Child Nutrition Program and various other entities began in early June and runs through July 27.

“This would not have happened without the help of the Hoover Public Library,” CNP Director Melinda Bonner said. “This has been a wonderful collaboration to bring students to the library and while they are there for the events or reading, have a lunch on us.”

There is no enrollment or identification requirement, and participants do not have to be Hoover residents or HCS students, but food must be consumed on site.

The eye-catching Meals in Motion bus was created with donations from the Hoover Helps Foundation.

The program, which served 4,442 lunches during its first month of operation, was recently audited by the Alabama Department of Education, Bonner said.

“They told us not to change one thing—it was the most organized summer feeding program they had seen,” Bonner said.

NORTH SHELBY – The first day of kindergarten can be a harrowing experience for children and their parents, but a... read more