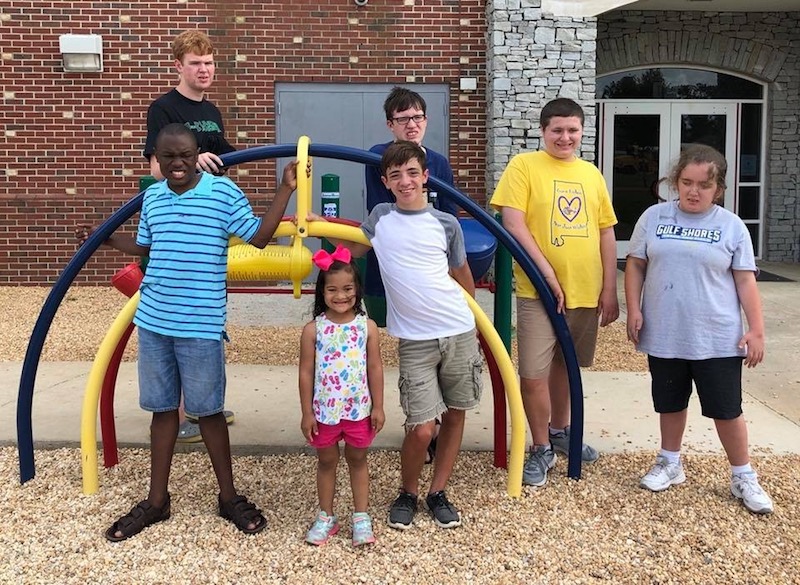 A total of seven students attended the AWF's three-week summer camp, which featured a variety of educational activities. (Contributed)

“Our goal for the camp is for our participants to have to go to just be themselves,” Hendrix said.

According to Hendrix, each week had a different theme. The first week featured a camping theme, the second week was science themed and the third week was beach themed.

“Everything was related around that one theme each week,” Hendrix said.

AWF Vice President Erika Zoebelein, who had one child participating in the camp and two children working as volunteers, said she appreciated all of the activities Hendrix organized for the campers.

“I love the activities Mrs. Hendrix planned,” Zoebelein said. “They had some field trips and we did a lot of things they should be learning about in school. There was a lot of community-based learning.”

Hendrix and Zoebelein said the idea to host a special needs summer camp came from a need for more activities that are inclusive to the local special needs community.

“There just aren’t a lot of resources, and there needs to be,” Hendrix said. “Especially after they get to a certain age. Once they reach 12, there aren’t really any day care programs for kids with special needs.”

“There is an absolute need,” Zoebelein said. “There aren’t many things they can do out here. A lot of it is up in Birmingham.”

Hendrix said many of the activities would not have been possible without work of current members and alumni from the Thompson Sixth Grade Center’s peer helper’s program, Hendrix’s Heroes, and the work of special education teacher Katie May.

Zoebelein also thanked MVES for allowing AWF to use the school to host the camp.

“They were very hospitable and kind,” Zoebelein said. “We ended up using two classrooms, and they were very accommodating.”

After this year’s camp ended, Zoebelein said AWF received positive feedback from all of the campers and their families. She said all of the campers at the first AWF camp last year returned, and she anticipates the new campers will do the same in the future.

“All of them came back this year, and the new ones said they want to come back,” Zoebelein said.