Man drowns in OMSP lake on Fourth of July 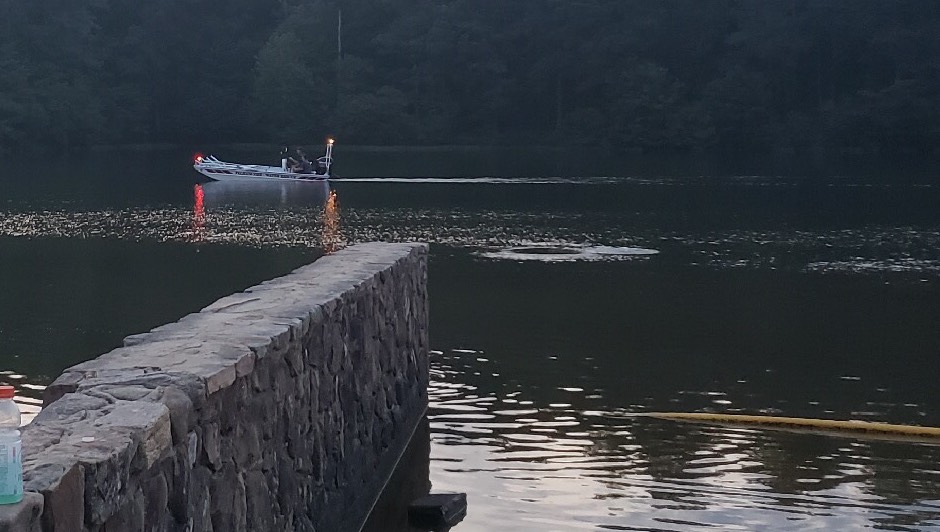 The marine unit searches the lake at Oak Mountain State Park after a man was reported to have possibly drowned. (Contributed)

Pelham Fire Chief Tim Honeycutt said the Pelham Fire Department received a call about a possible drowning at 6:49 p.m. The shift commander dispatched the dive team and the marine unit to OMSP. The marine unit operates in a boat that utilizes a side-scan sonar that is able to detect objects in the water that are bigger than a fish.

Honeycutt said it took longer than usual to recover Juarez’s body because no one actually witnessed him drowning.

“We received several conflicting reports about the incident,” he said. “His family had stepped away to go to the restroom, or something of that nature, and when they came back he was gone. But there was evidence that he had not left the scene because his phone was still there. His family did tell us that he was not a good swimmer.”

With little information to go on and without confirmation that Juarez was last seen in the water, the dive team and marine unit began searching the lake. The beach was closed as soon as the search began, however dozens of beach-goers reportedly stayed to observe the search.