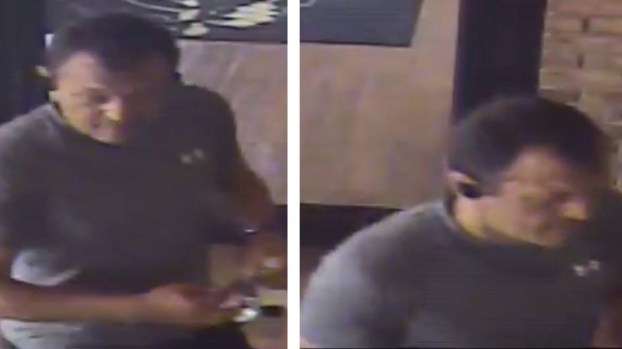 Police are sharing these surveillance images of the suspect in a fraudulent purchase case in hopes the public can help identify him. (CONTRIBUTED)

Police: Man made over $6,000 in fraudulent credit card purchases

HOOVER – Hoover police have obtained surveillance photos of a suspect in a case of stolen credit cards and fraudulent purchases made with those cards, but are seeking the public’s help in identifying him.

On May 21, a victim’s vehicle was broken into in the 100 Block of Inverness Plaza, according to the Hoover Police Department.

Among the stolen items was the victim’s wallet, which contained credit cards.

No information about the suspect or his vehicle are known, police said, other than the surveillance images.

Anyone who recognizes the individual, or knows anything about him or this case, should contact HPD Detective Austin Tubb at 444-7602 or Detective James Davis at 444-7624.

You can also leave an anonymous tip at HooverPD.com/submit-a-tip.php.

Also, tips left with Crime Stoppers of Metro Alabama at 254-7777 or at CrimeStoppersMetroAL.com will remain anonymous and be eligible for a cash reward if the tip leads to an arrest.

ALABASTER – The Lemak Health Alabaster Clinic recently reopened to the public after it briefly closed to remodel and add... read more