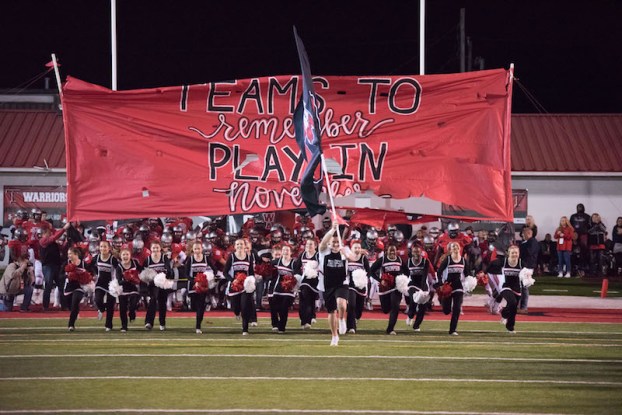 While Class 7A, Region 3 has been believed to be the toughest classification in Alabama high school football for several years, possibly since the 7A classification was established, the teams in that region have seen nothing compared to what they will in 2018.

If you just had a region full of Mountain Brook, Oak Mountain, Spain Park, Vestavia Hills and Tuscaloosa County it would already be a difficult path to a region title, but throw in Hoover’s dominance over the last 18 years and a newly dominant Thompson team, and winning the region title or even making a playoff spot becomes a challenging task.

Now throw in the Hewitt-Trussville Huskies after the recent AHSAA reclassification, and you have at least three teams that will be ranked inside the top 5 of the state’s 7A rankings to start the season.

All three have standout quarterbacks in Paul Tyson (Hewitt), Robby Ashford (Hoover) and Taulia Tagovailoa (Thompson). Tyson and Tagovailoa are both committed to the University of Alabama, while Ashford already has several SEC offers as a junior.

The reason for the higher rankings for the Buccaneers and Huskies is their depth at wide receiver as each of those two teams has two receivers that can be game changers, while the Warriors are still a little unknown at that position with their top two guys departing.

With that said, Thompson has an anchored offensive line, an incredible running back, one of the best quarterbacks in the country and several receivers with experience that can make a name for themselves this season.

The biggest question mark for THS this season may be the defense with the loss of several key contributors at every position, but they’ll also return a couple of players in the secondary and one of the best linebackers in the state in Will Conner.

Top-to-bottom, Hoover and Hewitt may be slightly more talented, but the Warriors will be able to compete with both teams and should have an incredible chance at repeating as the Class 7A, Region 3 champions in 2018.

No matter what the season holds in store for the Warriors, to be ranked in the top 100 nationally, much less No. 54, just four years removed from an 0-10 season is an incredible feat for head coach Mark Freeman and Thompson High School football.

By ALEC ETHEREDGE | Sports Editor FOLEY – For the second 7-on-7 event in a row, the Thompson Warriors’ football... read more