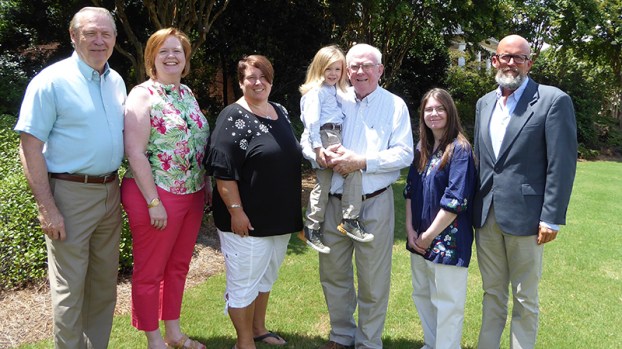 Are you a descendant of a Revolutionary War soldier?

Are you a descendant of Revolutionary War soldier and Shelby County pioneer David Lindsay? The David Lindsay Chapter of the Daughters of the American Revolution is searching for you to invite you to the Alabama Bicentennial Celebration honoring the descendants of David and Mary Casey Lindsay. The event will celebrate the renovation and marking of the David Lindsay Historical Cemetery on Shelby County 17 in Maylene and will be held at American Village on Sunday, Sept. 9, at 2 p.m.

Lindsay was born circa 1745 in Pennsylvania. He served as a private with the Captain Robert Millar’s Company in the Washington County, Pennsylvania Militia during the Revolutionary War. He married Mary Casey and migrated to Alabama before statehood, where he settled with his family in Shelby County. Lindsay is listed in the 1820 census, one of the earliest families in Shelby County.

Lindsay’s descendants recently met discussing their lines. If you notice a familiar name in your family line, you could be a descendant.