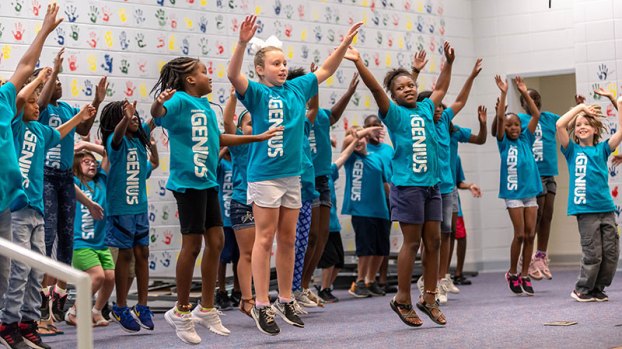 Helena Elementary School will host an event called Dance Fit in October as a fundraiser with the goal of raising $40,000 for items like Chromebooks. (File)

ALABASTER – For the past several weeks, 46 rising Shelby County third-through-fifth-graders have been taking part in activities ranging from a trip to Camp Cosby to the University of Montevallo as they’ve learned throughout the summer without even knowing it during the Power Scholars program.

Through the program, which was held at Alabaster’s Meadow View Elementary School and was a partnership between Alabaster City Schools, YMCA of Greater Birmingham, The Daniel Foundation of Alabama, BELL and the IPC Foundation, Shelby County kids spent five weeks honing their classroom skills while having plenty of fun along the way. This marked the third-straight year MVES has hosted the camp.

At the end of last school year, local schools nominated kids for the camp who were at risk for summer learning loss, and offered applications for other kids interested in attending.

At the beginning of the five-week camp, all of the kids completed an assessment to determine where they stood academically, and completed an end-of-course assessment when the camp was over.

“We have had an absolute blast, and the kids grew so much,” Abbott said. “Some of the kids came in not talking to anyone, and now they’re talking to everyone.

“For me, the best part is just seeing each and every kid accomplish something while they were here,” Abbott added.

In addition to touring the University of Montevallo and the new Thompson High School, taking trips to Camp Cosby and getting a visit from the Alabaster Fire Department, the kids also learned about different parts of the world, and presented their findings during the camp’s showcase ceremony at MVES on July 13.

Each class’s teacher also awarded each student with honors such as the “Future movie star award,” the “Most dependable award” and the “Best listener award.”

“Thank you, parents, for sharing your kids with us. It’s been a great summer,” Abbott said.