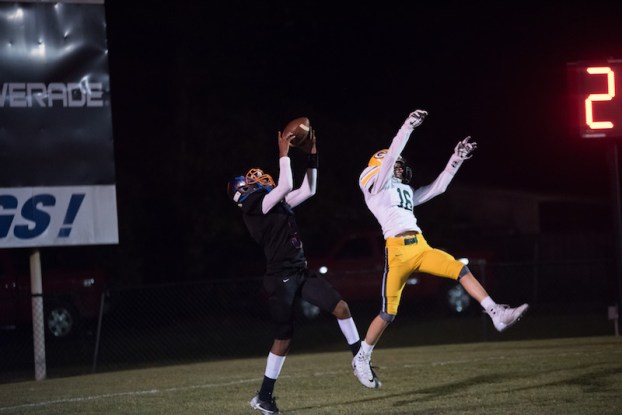 Montevallo's 2018 football schedule will look a lot different than it did in 2017 thanks to the jump up from Class 3A to Class 4A. (File)

Coming off a disappointing 2017 football season that was plagued by injuries, the Montevallo Bulldogs have new hope heading into the 2018 season.

Due to those injuries, the Bulldogs will return a strong cast of young players that got plenty of playing experience in 2017 after being forced to play ahead of their time.

While there is experience back, there will be a lot of new competition for Montevallo in 2018 due to the bump up from Class 3A into the 4A classification.

The only region foe that will remain the same in 2018 is American Christian Academy, who handed the Bulldogs their worst loss of the season last year in a 51-6 loss in their second game of the season.

While the jump up will be a difficult task for Montevallo this season, the schedule isn’t dreadful and should give the Bulldogs plenty of chances to win games and make the playoffs.

MHS will play just two games against teams that finished above .500 last year. One of those games will be against American Christian who finished last year 9-4 and made it to the third round of the playoffs.

The other team on Montevallo’s schedule that finished above .500 in 2017 is West Blocton, who the Bulldogs beat 21-14 to open the season.

This season, Montevallo will open the year with a home matchup against Marbury on Aug. 24. Marbury finished the 2017 season with a record of 5-6 after losses in their final three games. Their record was technically 4-6 with a loss to Central Tuscaloosa, but due to an ineligible player, Marbury was later awarded a win in that game.

After starting the season at home, Montevallo will hit the road for three straight games starting with county foe Shelby County on Aug. 31, who sits in the 5A classification.

That will lead into the Bulldogs first region game of the season against Dallas County on Sept. 7.

The difficult part of the Dallas County matchup for Montevallo is that the Hornets are moving down from Class 5A, while the Bulldogs are moving up from Class 3A.

While Dallas County finished last year 3-7, with a forfeited win against Central Tuscaloosa as well, that classification shift will make it a difficult first region game for Montevallo.

The Bulldogs will then take on a team that still resides in the 5A classification when they travel to Jemison on Sept. 14. Jemison finished the 2017 season 5-6 after a forfeited win against Central Tuscaloosa as well.

Montevallo will then be welcomed back home the following week, but it won’t be easy when they host their toughest opponent of the season in American Christian on Sept. 21.

The rest of the schedule should be relatively manageable for the Bulldogs over the final five weeks of the season.

The first game after their bye will take them to West Blocton for a region game as the Bulldogs look to make it two wins in a row over the Tigers on Oct. 5, this time in a region matchup.

That will be followed by a trip to Sumter Central on Oct. 12 for another region contest. The Jaguars are another team like Dallas County that is moving down from the 5A classification, but finish last year with a record of 2-8 with one of those being a forfeited win against Central Tuscaloosa.

Montevallo will then travel to Sipsey Valley on Oct. 19 for its third of four region games in a row. The Bears are one of the few teams in the region that were a 4A team last year, but finished with a 4-7 record, including a forfeited win against Hale County.

The Bulldogs will then close out region play with a home game against the Greensboro Raiders on Oct. 26. The Raiders will also remain in Class 4A and finished last year with a 4-6 record, including a forfeited win against Hale County.

Montevallo will close out the regular season on Nov. 2 with another home game as the Bulldogs will play host to Lincoln. While the Bears are non-region 5A team for MHS, they’re a team that finished the 2017 season with a 1-9 record.

It’s a challenging schedule for the Bulldogs in 2018, but one that is manageable despite the number of teams they’ll face that competed a classification higher last year.