HELENA–A man who attempted to burglarize a residence in Helena was arrested thanks to the installation of a doorbell camera, according to the Helena Police Department. 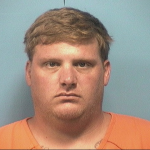 At approximately 1:30 p.m. on Friday, July 13, Helena Police responded to the 4000 block of Virginia Lane on a residential burglary report.

The homeowner had a doorbell camera installed and captured video of the alleged suspect exiting the home.

Within an hour, the suspect had been identified and arrested in Bessemer by officers from Helena.

The suspect arrested was 30-year-old Christopher Sanders Pair of Helena.

He was transferred to the Shelby County Jail where he was subsequently charged with third degree burglary and second degree theft.

Most of the victim’s property was recovered at the time of arrest.

By GRAHAM BROOKS / Staff Writer HELENA–There was no shortage of technology the week of July 9 as several young... read more