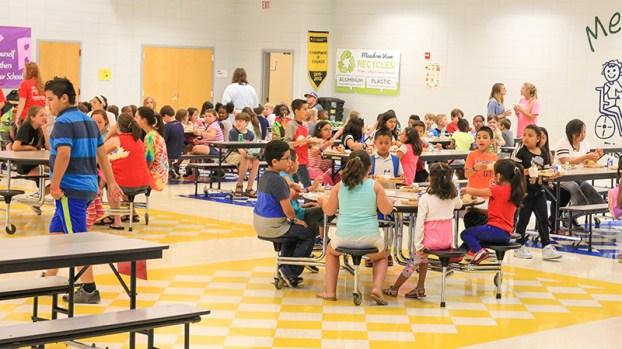 Alabaster City Schools will continue its summer food program in June and July at several locations throughout the city. (File)

ALABASTER – The Alabaster City Schools Child Nutrition Department’s plan to more strategically spread locations for its summer feeding program throughout the city this summer seems to have paid off, as the department has seen a significant spike in participation this year compared to 2017.

During the summer feeding program, the CNP department offers breakfast and lunch for area students and adults for several weeks while school is out for summer. Meals are provided free for students younger than 18, and adults can eat breakfast for $2 and lunch for $4.

This year’s summer feeding program began on June 4, and will end on Friday, July 20, and continued to feature the Warrior Wheels program, which has allowed ACS to distribute summer meals to non-school sites in the city each day.

While the number of meal sites remained the same this summer compared to last summer, ACS worked to place those sites at more strategic locations this summer, said CNP Director Heather McDermott.

“It was the same amount of locations, but many of the locations were new,” McDermott said. “We tried to strategically place them in areas of need.”

The location changes created much higher attendance during the first month of this summer’s program. In June, the CNP department served 29,426 meals, which was up 2,266 from the previous summer, McDermott said, noting she expects the number for the whole summer to also be up from last year when the department tabulates it in late July.

Despite the higher turnout this summer, McDermott said the summer feeding program is still trying to clear a public awareness hurdle.

“The biggest misconception that we’ve been trying to clear up is that you do not have to be a citizen of Alabaster or attend Alabaster schools to take part in the summer feeding program,” McDermott said. “It’s open to everyone, and meals are free to any child 18 and under, no matter where they’re from.”

By GRAHAM BROOKS / Staff Writer HELENA–There was no shortage of technology the week of July 9 as several young... read more