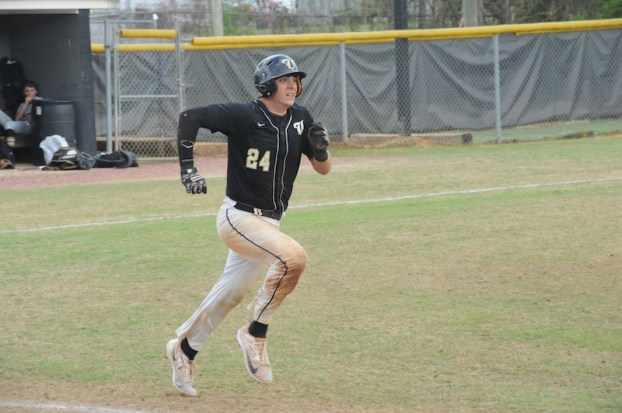 Vincent's Robbie Albright competed in the North-South All-Star baseball game and scored one run after three at bats during the two games. (File)

MONTGOMERY – The North-South All-Star baseball doubleheader kicked off an exciting week of sports at the 2018 AHSAA Summer Conference/All-Star week as the two teams split wins.

“This is a week where we see the best of the best competing in a pure spirit sportsmanship,” said Alabama High School Athletics Director and Coaches Association Director Jamie Lee. “We are proud to showcase these student-athletes and coaches who represent the AHSAA so admirably.”

With the baseball game featuring some of the best junior baseball players from across the state, it created for some impressive baseball with the South taking game one 3-2 in a thriller and the North taking game two 6-2 in the nightcap.

In the first game of the doubleheader, Jackson Kimbrell got the nod as the starting pitcher on the mound.

While he gave two of the South’s three runs in his two innings of work thanks to three hits and two walks, Kimbrell was able to show some of his impressive strikeout skills, putting down four of the six outs in the two innings with strikeouts.

Between the two games played, only Mason McCormack, who came in to relieve Kimbrell, was able to tie that high mark of four strikeouts. That stat alone shows why Kimbrell will be one of the best pitchers in the state next year as a senior.

He also was able to take advantage of his one at bat during the game, drawing a walk. Albright also got just one at bat in the first game and failed to reach base, but would have a much more important second game.

Taking advantage of his walk, Albright was able to eventually come around and score later in the inning thanks to great base running.

His one run was one of six for the North team in the game, which led to an easy 6-2 win.

With the split, the North still maintains a hefty lead in the overall record of the series at 23-12-1.

By ALEC ETHEREDGE | Sports Editor The Vincent football team will be under new leadership during the 2018 season after... read more