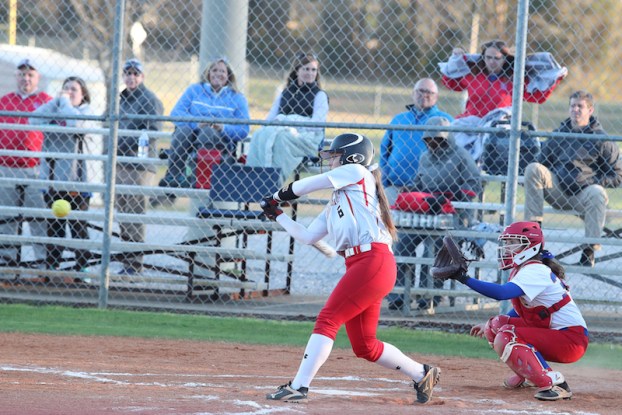 MONTGOMERY – Two of the best softball players from Shelby County took part in the North-South All-Star softball game at Lagoon Park in Montgomery on Tuesday, July 17, leading the North team to a split with the south in a doubleheader.

Both juniors, Thompson’s Lauren Haskins and Spain Park’s Maddie Majors earned spots on the team after spectacular seasons for their respective teams.

Haskins, one of the county’s players of the year in 2018, earned a spot on the team after a stellar junior year that saw her reach base on 60 percent of her at bats.

She ended the season with a .582 batting average and a county-high 70 RBIs. She also led the county with 96 hits and 22 doubles, while finishing second in the county with 21 home runs for the Warriors.

Majors, who was recently named an NFCA All-American First Team player, earned her spot on the team after holding a batting average of .477, totaling the third most hits in the county with 73 and also knocking in 47 RBIs.

In the first game of the doubleheader, pitching was the story as both teams combined to tally four hits. The South, however, committed no errors, while the North had three errors in the game.

That ended up being the difference in the game as two unearned runs scored for the South, who went on to take the first contest by a final of 3-0.

Majors went 0-for-2 in the game at the plate, while Haskins was able to go 1-for-2 with a single and a stolen base to give the North team a chance at a run. Her single was just one of two hits in the game for the North team.

In game two, both players went 0-for-2 in the contest, but were key players in the field that helped lead the North team to a tightly contested 5-4 win.

In the top of the fourth inning, the South actually took an early 2-0 lead, but a strong fifth inning helped the North pull off an exciting come-from-behind win in the game.

The North scored four runs in that inning to take a 4-2 lead, but the South answered in a clutch way with two runs in the top of the final inning to tie the game 4-4.

In the bottom of the seventh, however, Hatton’s Emma Latham roped a two-out walk-off home run over the center field wall to give the North the win and a split of the doubleheader.