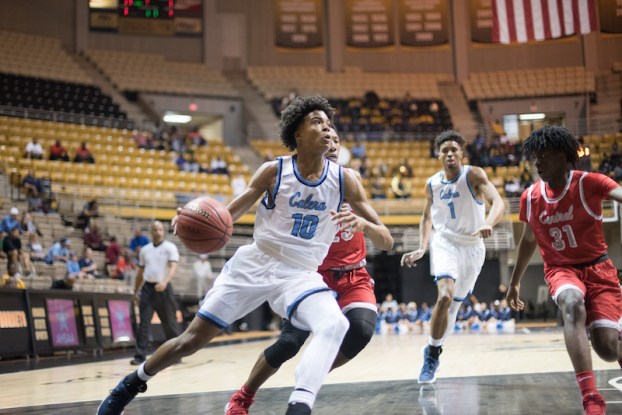 Despite a loss, Calera's Cornelius Brown had an impressive game for the North All-Star team at this year's North-South All-Star game. (File)

MONTGOMERY – Two of the best basketball teams in Shelby County this past season were the Spain Park girls and Calera boys, both of who made it to at least the Elite Eight of the state playoffs.

It’s only fitting that each had representation at the 2018 North-South All-Star basketball game, as Spain Park’s Ahrielle Parks and Calera’s Cornelius Brown made the trip to Montgomery to compete in the annual event at Alabama State University’s Dunn-Oliver Acadome On Wednesday, July 17.

Parks, who was a key part in the Jags first ever state championship this past season, was able to help lead the North All-Star team to a 66-57 win.

It marked the 19th time the North had won the game in the 22nd playing of the event, showing the dominance of the north part of the state when it comes to girls basketball.

Parks did just about everything at some point in the limited nine minutes she got to play, scoring four points thanks to two free throws and going 1-for-2 from the field as well as picking up two assists, one steal and one rebound. 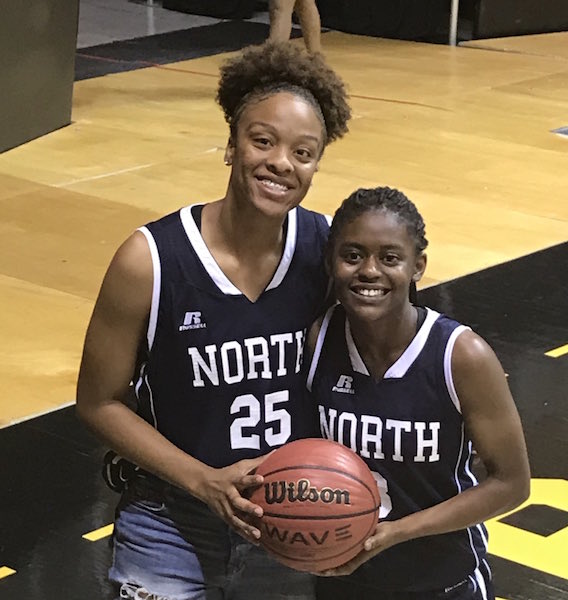 She will be one of three key starters back next season for the Jags, including Bailey Bowers and Sarah Ashlee Barker, as they look to repeat as state champions.

While the North boys came up short in a 61-57 loss, Brown had a solid performance. He went 3-for-7 from the field, including 1-for-4 from beyond the arc, to score seven points, while also adding one rebound, one block and one steal in just 13 minutes of action.

He finished tied for sixth in points in the game, but everybody that tied him or scored more points had at least five more minutes of playing time.

The girls game was dominated from start to finish by the North team, who opened up the game with 22 points in the first period. Parks’ two free throws were actually the last two points of the opening quarter for the team.

Parks put in two more points in the second quarter with a jumper, as the North team outscored the South 17-15 in the period. The South finally tried to put a dent in the lead in the third, outscoring the North by two points, but it wasn’t enough to pull off the comeback as the lead got no closer than seven points in the final quarter.

The boys game got off to a similar start in the first quarter thanks to a strong surge from the North to jolt out to a 22-16 lead at the end of the period. Brown, who was subbed in with 2:59 left in the quarter, came in and made an impact with a blocked shot, a steal, a layup and a 3-pointer all within the final three minutes of the opening frame.

The North team went on to extend that lead to eight points at the half thanks to outscoring the South 11-9 in the second quarter. Their 33-25 lead wouldn’t last long, however, thanks to a strong third quarter from the South.

With 6:24 left in the third period, Brown hit a jumper to put the North up 37-27, which was their largest lead of the game, but the South answered with a huge 10-2 run to cut the lead to two points.

That run was eventually extended to 15-4, before the North hit a late layup to take the lead back at 43-32 at the end of the quarter.

The South, however, took advantage of the momentum swing and was able to start the final quarter with confidence. They eventually went on to outscore the North 19-14 in the period to claim the 61-57 win.

Evangel competes in 7-on-7 event