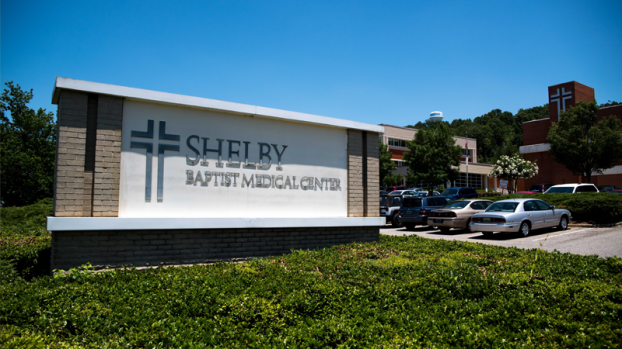 ALABASTER – The Arc of Shelby County, a group that advocates for people with intellectual and developmental disabilities, reports that 75 percent of individuals with disabilities wish to be active in the workforce, with 22 percent of those looking to obtain a job being hired. In partnership with a local hospital, the group hopes to make those statistics dwindle, so students can “stand on their own two feet,” according to The Arc of Shelby County employment services’ Tonya Travis.

The Arc of Shelby County and Shelby Baptist Medical Center have partnered up to host Project SEARCH, a transitional program that prepares students in their final year of high school for the workforce. Students with disabilities gain experience though three 10-week internship rotations at the medical center, where students learn various skills with hopes of securing job after graduation.

“I love this program,” Travis said, because it is “so individualized.” Travis said the program tries to initially place students in internships that match their interests. For example, some interns with a passion for children may like to work with the medical center’s babies, while others fascinated by technology may work more with diagnostics. “The goal of project search is job placement” for students with disabilities, Travis said, an aspiration that personally resonates with her family.

Travis’ son, Sam, was diagnosed with autism. “He had such a miserable kindergarten experience,” as her son struggled to mesh well with the unfamiliar environment. “I just wanted to make it better,” Travis said, which led her to obtaining a certification and working with Project SEARCH.

HR Manager Cindy Nicholson said Shelby Baptist Medical Center is the second hospital in the state with the program, adding that the partnership with The Arc of Shelby County benefits more than just the students involved.

Nicholson believes Project SEARCH benefits the community as a whole. She said the medical center has already been partnered with high school health courses and local colleges, and that this is just a “different avenue for us to go.” She personally is touched “to watch their [the interns] progression throughout the year,” and as they “blossom” so does the medical staff, as they learn to work alongside people with different capabilities.

The program currently has 12 students lined up to begin working August 7. Those interested in the program are advised to obtain information from thearcofshelby.org website.