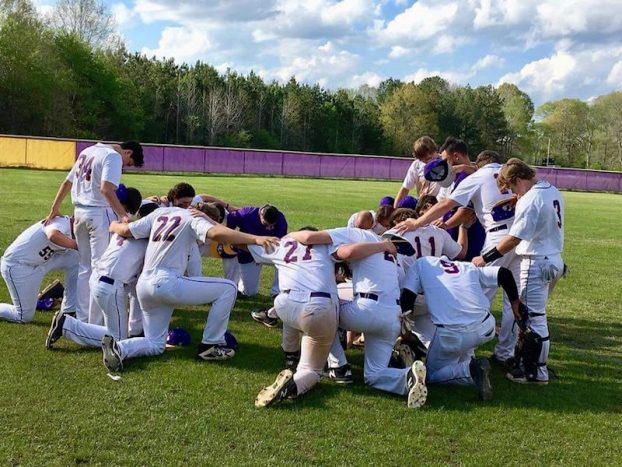 The Cornerstone baseball and softball programs are hoping to have lights added to their fields soon after being granted permission. (Contributed)

COLUMBIANA – The Cornerstone Christian School Chargers’ athletic programs now have permission to add lights to their baseball and softball fields, and are asking for the communities help to make it happen.

For the longest time, the owners of the land Cornerstone’s baseball and softball fields are on didn’t allow the lights to be put up, but have since changed that sentiment.

“We went to them and talked to them this past spring, and they granted us permission to put lights up,” athletic director James Lee said. “We want to do something out here because we have some of the prettiest facilities around.”

Lee said it would help make Cornerstone even more of a special place to be and would help the athletic programs out tremendously. Currently, the junior varsity team will often not get to play complete games to allow for varsity teams to finish before nightfall.

“To have lights on our facilities would be amazing,” Lee said. “It would be a morale booster, especially for our junior high teams. It would also be something special for this whole community. These are community fields, and with lights, we’ll have more opportunity for other teams in the community to use them.”

The lights would not only allow the junior varsity baseball and softball teams to play full games, but it would also allow youth teams to play at the facility more often and would give anybody who just wanted to go out and throw or hit the chance to spend more time out there as well.

“The biggest thing is trying to find people who want to help out,” Lee said. “We’re a small private Christian school and the last school in the county that doesn’t have lights. If anybody wants to help with the project, we are open to that.”

Lee said there aren’t any plans for fundraisers right now because of the summer, but he is open to ideas to help get the job done moving into the school year.

He did say the school and athletic department were asking for any donations they could get and added that donations to the school can be written off on your taxes.

“I would love to drive by one night and see those lights shining down on our facility,” Lee said. “Our school is doing great right now, but this would just boost our morale that much more. We have the best setup, now we just need the lights to go along with it.”

By ALEC ETHEREDGE | Sports Editor MONTGOMERY – Now that we are less than a month away from the start... read more