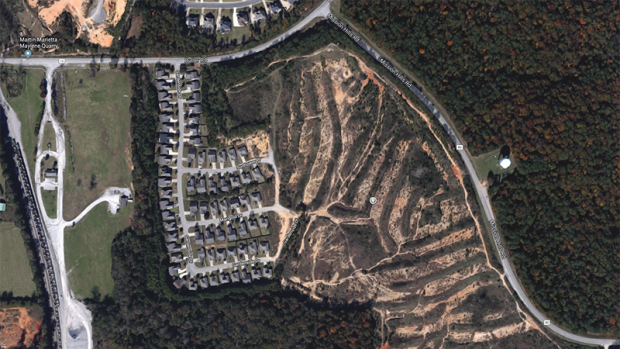 A developer is planning to build a new 132-home development attached to the Grande View Gardens subdivision near the intersection of Butler Road and Mission Hills Road. (Contributed)

ALABASTER – The Alabaster City Council will look to gather public feedback on a proposed new 132-home neighborhood off Butler Road during a late August meeting, and likely will vote on the rezoning the same night, council members announced on July 23.

The council will hold the public hearing during its Monday, Aug. 27, meeting, which will begin at 7 p.m. at Alabaster City Hall.

The public hearing will come about two months after the city’s Planning and Zoning Commission voted to recommend the council rezone about 20.5 acres from a combination of R-7 townhouse district and B-3 community business district to R-4 patio and garden home district.

The rezoning came at the request of Raush Coleman Builders and Alamerica Bank, which currently owns the property and has plans to sell it to the developer, according to information submitted to the city.

Under the current zoning, a developer would be able to build 55 single-family homes, 104 townhomes and about 40,000 square feet of commercial space. The 132 proposed garden homes under the R-4 zoning will be similar to the existing homes in the Grande View Gardens subdivision, according to the Planning and Zoning Commission.

“The reason for our rezoning request is to create a development that is more compatible with surrounding land uses, which are almost entirely single-family,” the developer wrote in a letter to the commission.