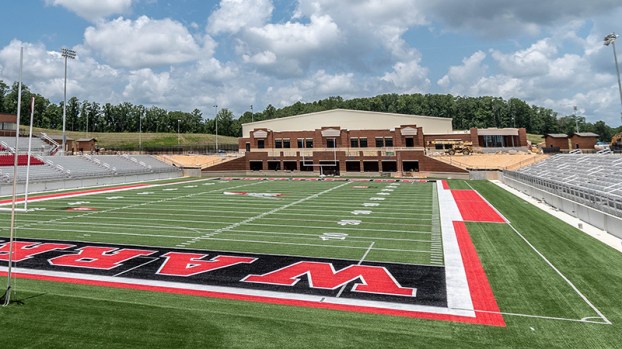 A 35-year-old man was pronounced dead after he was electrocuted while working at a construction site inside the fieldhouse for the new Thompson High School football stadium on July 24. (File)

ALABASTER – A 35-year-old man was pronounced dead after he was electrocuted while working at a construction site on the new Thompson High School campus on the afternoon of July 24.

Ladarius Williams, of Birmingham, died after he suffered an electric shock while working in the fieldhouse construction site at the new THS, according to Alabaster Fire Chief Tim Love. Emergency crews responded to the scene at about 2:50 p.m., and found Williams unresponsive after he suffered the shock while working on a ladder inside the fieldhouse near the indoor practice field. He was transported to Shelby Baptist Medical Center, where he was later pronounced dead, Love said.

The school’s athletic facilities have not yet been turned over to the Alabaster Board of Education – as the rest of the campus’ buildings have – and are still considered active construction sites.

By GRAHAM BROOKS / Staff Writer HELENA–The saying “a picture is worth a thousand words,” is how one Helena resident... read more