COLUMBIANA–Two Helena residents, including a former Helena police officer, have been arrested and charged after allegedly committing the crime of second degree theft of property. 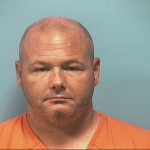 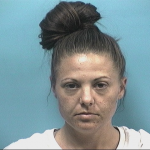 Rollan, who lists an address in the 1900 block of Riva Ridge Road in Helena, was transported to the Shelby County Jail where he is being held on a $10,000 bond. Rollan was a former employee of the Helena Police Department a few years prior.

Helminiak, who lists an address in the 5000 block of Shelby County 17 in Helena, was transported to the Shelby County Jail where she is being held on a $5,000 bond.

According to arrest warrants, the incident took place between July 20-21 where Rollan and Helminiak allegedly “Knowingly obtained or exerted unauthorized control over the property of a 16-foot homemade trailer valued between $1,500 and $2,500 belonging to another individual.”

Second degree theft of property is a Class C felony and carries a maximum sentence of 10 years in prison upon conviction, according to Alabama law.

By GRAHAM BROOKS / Staff Writer HELENA–The saying “a picture is worth a thousand words,” is how one Helena resident... read more