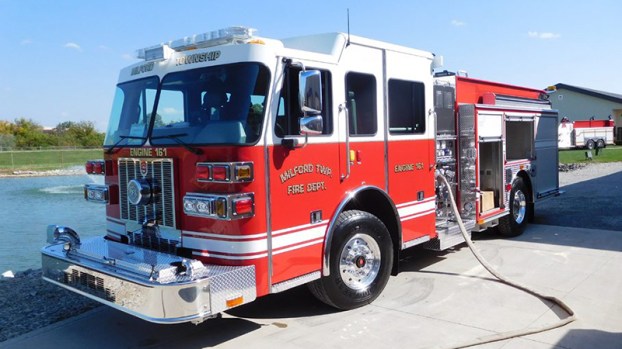 ALABASTER – The Alabaster Fire Department will receive a new fire engine in the next several months to replace an outdated, frequently broken-down unit currently in service after the City Council agreed to approve the purchase during a recent meeting.

Council members voted unanimously during their July 23 meeting to authorize the purchase of a new Sutphen heavy duty custom pumper truck to replace the department’s current Engine 12, which is a 2007 model.

The council agreed to pay the Sutphen company up to $501,532 to fund the purchase of the new truck, as the result of a bid through the Houston-Galveston Area Council pre-approved bid list.

The truck must be ordered from the company by Aug. 15, and will be delivered between 270 and 330 days after construction begins.

The financing terms for the truck will come before the council for approval at a later date.

During a work session a few days before the meeting, Alabaster Fire Chief Tim Love said purchasing the new truck will be more economical than continuing to repair the current Engine 12, which is frequently broken down.

“You would save about $100,000 buying this new truck rather than continuing to refurbish the old equipment,” Love told council members, noting the fire department has spent tens of thousands of dollars repairing some of its current trucks.

Also during the meeting, the council voted unanimously to approve the purchase of new emergency equipment to replace inoperable AFD equipment.

Council members voted to accept a $24,588 bid from the Houston-Galveston Area Council pre-approved bid list to purchase emergency extrication equipment such as hydraulic rams and a new Jaws of Life device. The equipment is used by the Fire Department to extract victims pinned in vehicles following a crash.

The funding for the new emergency equipment was included in the Fire Department’s fiscal year 2018 budget.

Hoover Chamber announces move to The Offices at 3000 Riverchase Galleria

FROM STAFF REPORTS HOOVER – Hoover Area Chamber of Commerce Executive Director April Stone, along with the board of directors,... read more