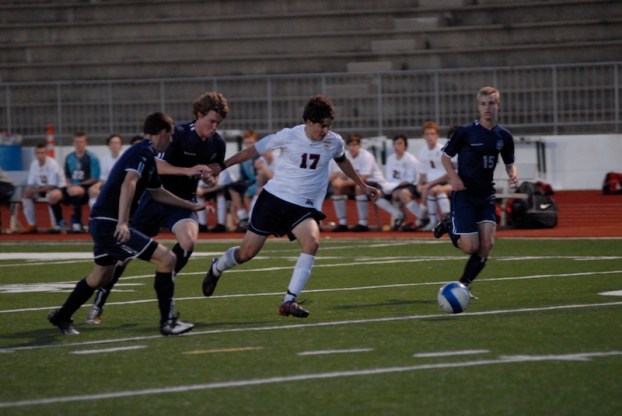 A two-time Gatorade Player of the Year in the state of Alabama, former Oak Mountain standout soccer player Chandler Hoffman is headed back to his hometown to join the newly formed Birmingham Legion FC soccer team, which is part of the Division II United Soccer League.

Hoffman became the first player to officially sign a contract with the team after making it official on Monday, July 30.

“We are very excited to announce Chandler Hoffman as Legion FC’s first player signing,” said Legion FC president and general manager Jay Heaps.  “Chandler has played at the highest professional levels in the U.S.  He is not only a proven winner on the field, he is a player with great character.”

Hoffman, 27, has enjoyed a stellar professional career, earning a bevy of club and individual honors. The Birmingham native won an MLS Cup with the LA Galaxy in 2014. He has twice been named to the USL All-League First Team (2014, 2017), is the fastest player in modern history to tally 50 USL regular-season goals, and sits third in the USL’s modern era with 59 goals in 119 professional appearances. He was the USL Mid-Season MVP in 2016 and 2017 and finished as an MVP finalist in 2017.

While those professional stats jump off the page, many remember him for what he did locally at Oak Mountain High School between 2007 and 2009. While a part of the Eagles’ team, Hoffman led them to back-to-back state championships in 2007 and 2008 and earned the Gatorade Player of the Year and Shelby County Player of the Year in both 2008 and 2009.

“I am incredibly excited to have the opportunity to come back to my hometown and help build something from the ground up,” Hoffman said. “After my conversations with Jay, hearing his vision and the tremendous backing from the owners, I knew this was the next challenge to step into in my career.” 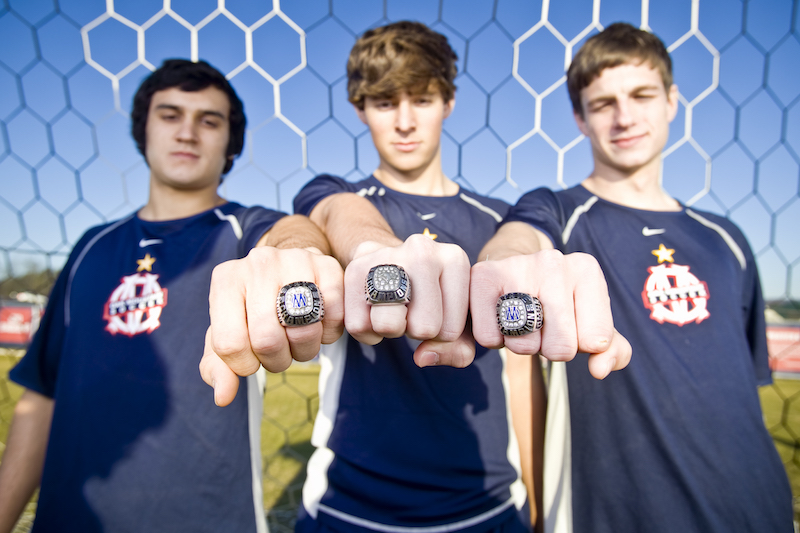 His experience obviously jumps off the page, but his leadership as part of several different teams, as well as his local ties, makes him a strong candidate to be captain of Birmingham Legion’s first team.

“As a captain of his current team, we expect Chandler to be a leader both on and off the field in 2019 and beyond,” Heaps said. “Chandler was born and raised in Birmingham, and that makes this signing even more special to Legion FC.”

As a forward, Hoffman currently plays for the USL’s Real Monarchs SLC in Utah, where he has posted 24 goals and nine assists in 53 appearances during the 2017 and 2018 seasons. He also helped lead the club to the 2017 USL regular season championship.

Hoffman joined the Utah club having led Louisville City FC with 14 goals in 2016. Hoffman spent the 2012-2015 seasons in the MLS, the top professional league in the country, playing for Philadelphia, who drafted him with the 13th overall pick in 2012, Los Angeles and Houston. During that time, he also played on loan in the USL with the Harrisburg City Islanders, LA Galaxy II and Colorado Springs Switchbacks FC.

Moving over from Utah, Hoffman will stay in the USL, which is just one league below the MLS, as he looks to not only lead Birmingham to a championship, but also make a climb back into the top soccer league in the country.

Hoffman, who also had a stellar collegiate career at UCLA, will stay on with the Real Monarchs SLC through the end of the 2018 USL Cup if you want a preview of what to expect.

At the moment, Hoffman has seven goals on the season, which ranks 22nd in the league and is just four foals off of first, and has the Monarchs in first place in the Western Conference out of 17 teams. Most matches are available to stream at Uslsoccer.com, and in his most recent match Hoffman tallied one goal, giving you a reason to watch.

It marked a historic day for Birmingham’s club, while also marking a lasting memory for Hoffman with the standout set to make his debut with Legion FC when the team begins its inaugural season in the spring of 2019.

Scrimmage helps prepare for start of the season

NORTH SHELBY – Shawn Raney and Fred Yancey do not put much stock into the football that was played during... read more