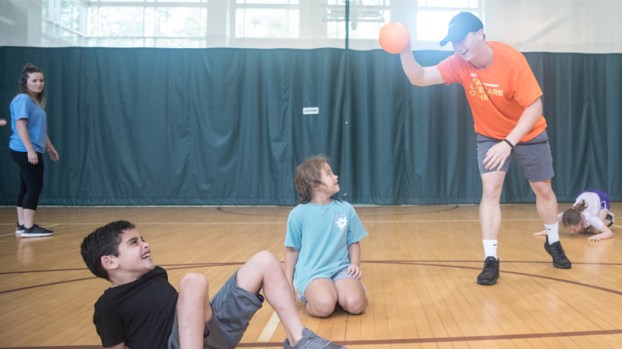 NORTH SHELBY – Camp One Nineteen is coming to an end, but participants can still look forward to more camp fun during upcoming holidays.

St. Vincent’s One Nineteen held its annual summer day camp for children ages 6-12 beginning in late May and ending in early August.

As campers return to school, One Nineteen Director of Health and Wellness Services Jacqueline Gardner reminded parents and students that the center also hosts camps for holidays.

Camp participation is not limited to members, and participants are accepted on a first-come, first-served basis. For information about upcoming camps, visit OneNineteen.com or call the children’s department at 408-6556.

About 50 families were served during the summer camp, Gardner said.

Programming runs on a weekly basis, but participants can attend for any number of days or weeks.

“We’re really flexible with the families and work with them to be available however often they have a need,” Gardner said.

Camp One Nineteen includes daily sports, swims activities and weekly themes, such as Animals Around the World, Gone Camping and The Great Space Race.

One Nineteen continues to build programming for the camp, Gardner said and added that recent additions have included an ice cream truck and visits from Alabama and Auburn mascots Big Al and Aubie.

Still, “scatterball” remains the overwhelming favorite activity at camp. Gardner described the game as similar to dodgeball but with a chance for eliminated players to re-enter the game.

“The game can keep going and going,” she said. “The kids love it.”

The camps benefit from a staff that usually remains stable from year to year, including employees who work full-time in the children’s department.

And camps at One Nineteen follow the facility’s focus on wellness, as nutrition, crafts and activities make participation “healthy in a lot of ways,” Gardner said.

“We try to keep the kids active,” she said.

NORTH SHELBY – Robotics has attracted such popularity in Oak Mountain schools that some students continue to study over the... read more