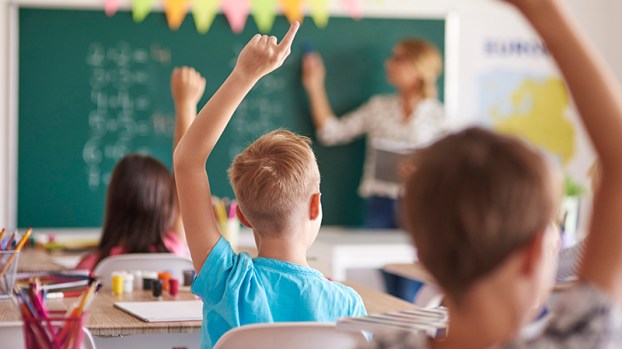 Several schools in Shelby County were recently named by Alabama Gov. Kay Ivey as Bicentennial schools, and will each receive $2,000 grants to implement programs aimed at connecting the schools with their communities.

The schools in Shelby County were among 200 schools statewide to be named Bicentennial schools out of a pool of about 400 schools to apply for the program. Fifty-six more schools were also named honorable mentions, and received $500 grants.

All of the schools were chosen through a review process involving committees of local educators, community leaders and private citizens, according to the governor’s office.

“It makes me so proud to see such a strong showing of schools participating in the program. It is an honor to recognize these outstanding schools and their projects as we head into Alabama’s bicentennial year,” Ivey wrote in a statement. “The Alabama Bicentennial celebration is about bringing communities together and getting all of our citizens involved. The schools being honored are a great representation of that goal.”

The projects submitted by the schools include oral history projects, community gardens and mentorship programs, and “will foster new relationships between schools, students, and local citizens, extending well beyond Alabama’s bicentennial celebration,” according to the governor’s office.

“One of the core objectives of the bicentennial is to get Alabamians thinking about what makes our state special, and what they want it to be,” Steve Murray, co-chair of the Bicentennial Commission’s Education Committee, wrote in a statement. “The terrific projects developed by the Alabama Bicentennial Schools will create opportunities for students to learn about the importance of community, and to discover the ability they have to shape the future of their corner of the state.”

Alabaster winery ‘pops the cork’ and opens to public

By Brady Talbert / Staff Writer ALABASTER – On the outskirts of Alabaster lies a local 2-and-a-half-acre winery that just... read more