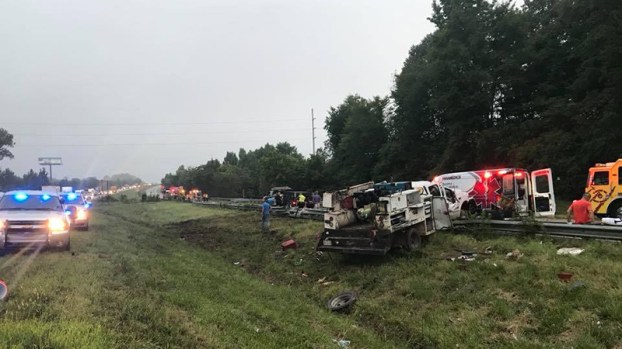 The Alabaster Police Department was forced to shut down Interstate 65 northbound on the morning of Aug. 3 following a six-vehicle crash. (Contributed)

I-65 reopened after Six-vehicle crash near Alabaster

ALABASTER – The Alabaster Police Department has reopened all northbound travel lane on Interstate 65 after a six-vehicle crash shut down the interstate at about 5:45 a.m. on Aug. 3 just south of the city.

Police were forced to shut down all northbound lanes of the interstate from mile markers 234 to 238 after the wreck, but reopened the right lane at about 7:40 a.m. and both lanes by about 8:30 a.m., the APD posted on its Facebook page.

As of the morning of Aug. 3, the cause was still under investigation.