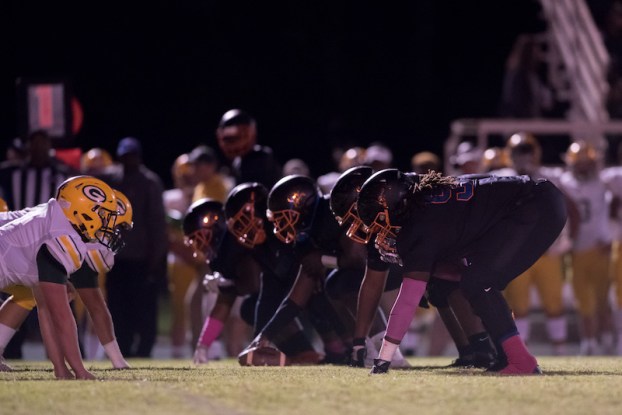 The Montevallo Bulldogs will face the challenging task of moving up a classification in 2018, but they return a strong cast of players that should handle it well. (File)

On paper, the Montevallo Bulldogs are making the move from Class 3A up to Class 4A, but due to their region and schedule, it’s more like a leap up two classifications into 5A.

It makes judging what to expect from the Bulldogs this season a difficult task because there are only a couple of really good teams on the schedule, but even the ones that aren’t great have been a classification or two higher than Montevallo and will most likely have more depth.

Three of the Bulldogs’ first four games are against teams that are still in the 5A classification, while their only region game in the first four games is against Dallas County, who was a 5A team last year.

The rest of Montevallo’s schedule, other than one game against American Christian, will feature teams that were in the 4A or 5A classification last season.

With that said, none of those teams had stellar performances last season, and if there is one team ready to make this jump, it’s the cast of players the Bulldogs will have in 2018.

Due to injury last year, Montevallo head coach Brandon Wilcox was forced to play some guys ahead of their time, which means this year, those players are playing a year older than their actual grade level.

That excitement starts at quarterback where Montevallo will return both of its starters from last year, neither of which will actually play at the position.

The reason for that decision is the emergence of athlete Malik Inabinette, who has really grown over the last year and has stormed onto the scene as one of the Bulldogs’ best playmakers. Inabinette knows how to make the correct read before the snap and can get the ball to playmakers in space, while also giving the coaching staff a trustworthy leader.

One of the former quarterbacks, Jay Sullens, will be a leader at running back this season where Montevallo will have a committee of players. Sullens had 87 attempts for 600 yards and six touchdowns as a runner last season. Other players at the position will be Deon Gilliland and Orlandis Weeks, both of whom are shifty playmakers.

Despite the losses of Daqwan Bryant and TaVarius Holman, the receiving corps will give Inabinette several opportunities to be successful this season. The return of J.J. Evans, who is 6-foot-3, 185 pounds, will be key. He was the second leading receiver last year posting 443 yards and six touchdowns.

Jamarius Carter, who is closer to 6-foot-5, will also be an impressive target for Inabinette to throw to as well. Davion Gilbiert, one of last year’s quarterbacks, will add another impressive playmaker at the position, giving Montevallo its most depth and excitement in the receiving corps.

Despite all of the talent at those positions, Wilcox knows the Bulldogs’ season will depend on the success of the offensive and defensive lines.

Players like Rankin Allen, Cam Conwell, Isaiah Chapple, Cole Dennis, Xavier Bryant, Will Howell, Jaqwan Hill, Rankin Allen and Hunter Bass will all have chances to play on the offensive or defensive line.

Allen will also be a guy that can slide back to play linebacker on the defensive line where he’ll be joined by returning starter Jayvion Seay and junior Tavisia Tutt.

If the front seven doesn’t do their job at any point, the Bulldogs will have a solid back end of the defense to rely on. Returning to safety will be Avery Anfield, who recorded 66 tackles and two interceptions.

Evans and Sullens will also be two athletic playmakers in the secondary, while Gilbert, Dakotah Ross and Isa Harris will split time at cornerback and safety as well.

Prediction: It’s always easier to go down a classification than up in the AHSAA, which is the only thing going against this year’s Montevallo team. The first half of their schedule will be difficult but telling. Even if they lose a few of their games early on, if they are competing in close games, that will be a big positive, because the back half of the schedule looks to be much easier.

Even if Montevallo loses all of its first five games, the Bulldogs will have a chance to win their final five to finish 5-5 with a playoff berth. My guess right now would be 6-4 simply because of the unknown, but I do see this team with a chance to finish anywhere between second and fourth in the region depending on health, which means they’ll be in the postseason.