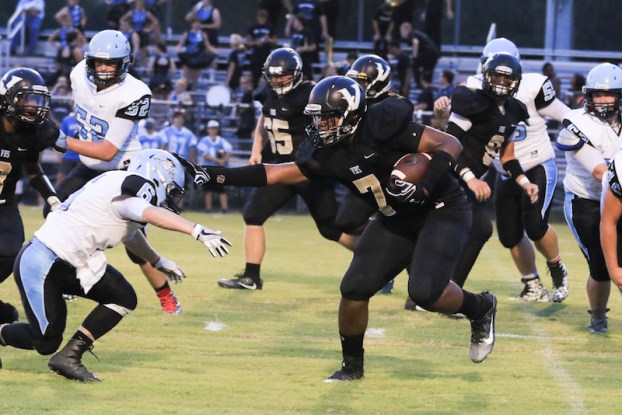 Chris Hardie will be considered one of the best running backs in the state this year, and hopes to lead Vincent back to the playoffs for the first time since 2014. (File)

Wiley McKeller did a fantastic job in his two years at Vincent Middle High School as the head coach of the Yellow Jackets, taking them from a winless team when he took over the job to a 5-5 team that missed the playoffs by one game last year.

Now, McKeller has decided to move on and will be on the coaching staff at James Clemens High School, but he left behind a recipe for success for new head coach Lucas Weatherford.

Weatherford will be taking over a team that returns just about every player from last year’s squad, including its leading quarterback, running back, linemen, linebackers and secondary players.

All of that talent, with a motivated head coach that seems to be the right fit, and the pieces seem to be in place for a successful run for Vincent in 2018.

While quarterback Dusty Davis does return after throwing for 1,393 yards and 10 touchdowns last year, he will be challenged by sophomore Will Harris, who is competing for the job as well. Harris may get his shot at some point, but he still has a lot to learn.

Davis is perceived to be the starter, but the idea of him being pushed is meant to help him fight and work as hard as Weatherford will need his team leader to work.

A great backfield companion will accompany the quarter thanks to the return of one of the state’s best running backs, Chris Hardie. Despite missing the last three games, Hardie ended his junior season with 1,170 yards and 14 touchdowns, while also running for 355 yards in one game and posting 200-plus in several.

The biggest loss for the entire team comes at the next offensive skill position as Zavien Kelley has graduated and taken 851 yards and 14 touchdowns with him.

He’ll be a tough guy to replace, but Malik Hamilton has the athleticism and ability to be a special player for the Yellow Jackets at the position. Several others like Kaleb Wilson and Robbie Albright add H-back type players that can play at receiver as well. 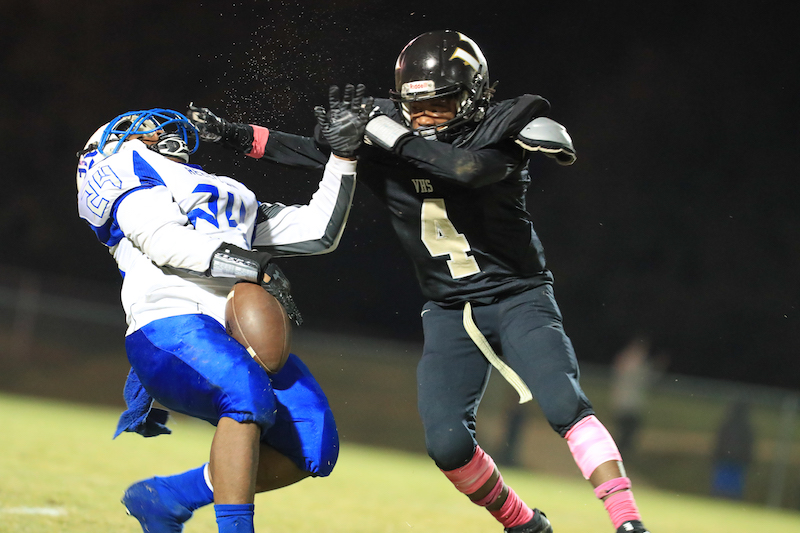 Kaleb Wilson lays a big hit to the chest of a defender.

Closing out the offense will be a solid wall of protection featuring J.T. Youngblood and Martaviun Lawson, both of whom are returning starters with a lot of upside. Drake Jobson, Paul Albright, Blake Roberson, Tommy Minix and Brian Datcher will all fill spots on the line as well.

Moving back a unit to linebacker, lack of depth is a cause for concern, but having an athlete like Robbie Albright at the position will help. He brings back 69 tackles from last season, including nine tackles for loss and seven sacks. Albright will be joined by Ryan Culliver as well as Zach Munoz, Caleb Scott and Wilson.

Davis and Harris will join forces in the secondary this season to lock down the cornerback position, while Tae McGregor will take on safety.

Other guys at linebacker such as Wilson and Munoz can also play in the secondary depending on who is rotating in and out.

Prediction: With everybody back on this year’s squad, it should be an improved season for the Yellow Jackets from the 5-5 mark they set last year. I think 7-3 is a real possibility, which would be plenty to get this team back into the postseason for the first time since 2014. A 6-4 or 5-5 finish could be a possibility just depending on how Weatherford and the team handle the season, and how some of the toss-up matchups go, but I expect a solid year from Vincent.