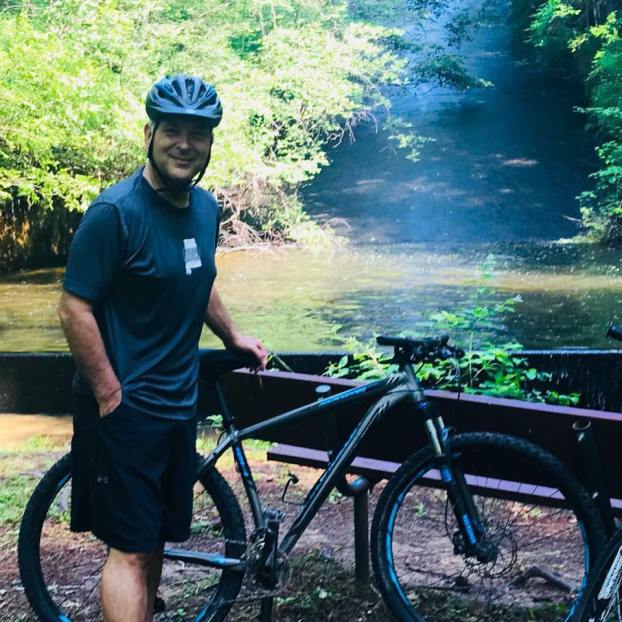 PELHAM – Shelby County Commissioner Mike Vest is recovering in the Neuro Intensive Care Unit at UAB after being injured in a biking accident on Monday, Aug. 6, at Oak Mountain State Park.

According to the Pelham Fire Department, an engine from Station 2 was dispatched to the scene at 6:16 p.m.

His wife, Diana Dougherty Vest, posted a message on Facebook on Tuesday, Aug. 7, notifying friends of her husband’s accident.

“So thankful to a passing hiker who happened on him just before dusk!” Diana Vest wrote.

Vest sustained a concussion, scrapes and bruises and has a condition called Central Cord Syndrome, which caused swelling in his spinal cord and caused him to lose function of his extremities. A surgery on Tuesday, Aug. 7, to relieve the pressure went well, Diana said.

“He is still unable to really move his hands or fingers, but has improved greatly, and physical therapy will help restore movement in his hands,” Diana said. “He’s made great strides moving his legs and feet, but still is not able to stand and hold his weight.

“Please pray for Mike’s caregivers at this time,” Diana added. “Give them the patience to give Mike the care and attention he needs right now. Pray that Mike will open himself up to their expert care and advice.”

When Mike Vest leaves the hospital, he will go to an inpatient facility where rehabilitation will be the focus.

“I know Mike Vest! If they tell him two weeks, he will do it in two days!” Diana stated.

She said her husband is in good spirits and he is grateful for the outpouring of love and support he and his family has received from the Shelby County community.

“We feel so blessed to live in such a special place,” Diana said.

At this time, only family members are allowed to visit Vest in UAB’s Neuro ICU.

PELHAM – The city of Pelham is home to the state’s most beautiful golf clubhouse, according to a listing recently... read more