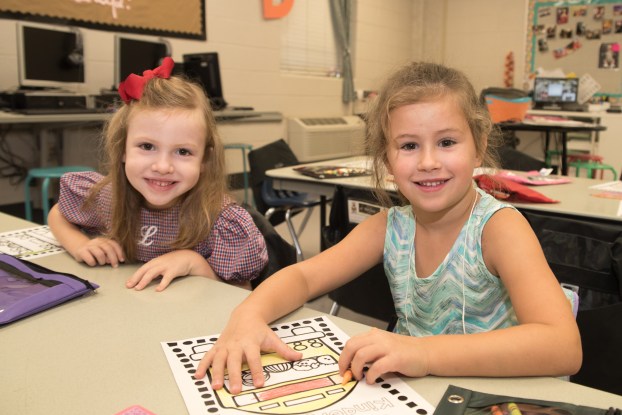 Pelham parents will have two opportunities this month to register their children for kindergarten. (File)

PELHAM – More than 3,200 Pelham City Schools students headed back to the classroom on Thursday, Aug. 9, for another year of learning and growth.

Superintendent Dr. Scott Coefield said all of the schools got off to a smooth start and had a productive day. He said problems didn’t arise until the end of the day.

“Trains were stopped on the tracks for a period of time and that caused delays in our car ride lines at the elementary schools,” he said. “It also impacted a lot of bus routes with a lot of kids getting home later. That’s something that happens periodically that we don’t have any control over, but you just don’t want to see it happen on the first day of school.”

He also said car rider lines won’t be quite as busy when the district’s after school programs begin on Monday, Aug. 13.

“Overall, it was a positive day and I saw a lot of smiles as I visited the schools throughout the day,” Coefield said.

Although the day ended with smiles, it started with tears for some. Parents at Pelham Oaks Elementary’s Boohoo/Yahoo Social agreed that the first day of school was more taxing on them than it was their children. The purpose of the Boohoo/Yahoo Social was either to help ease the sadness or celebrate the happiness of their children starting school. It also provided an opportunity for parents to meet one another.

Assistant principal Chase Holden said parents were allowed to walk with their children into the school’s main hallway and then a teacher escorted them to where they needed to be. Afterward, parents were invited to enjoy the Boohoo/Yahoo Social.

“We encourage them to exchange hugs and kisses in the hallway and then say goodbye,” he said. “We’ve found that if parents go down to the classroom, the separation period takes a lot longer and it makes it harder on the children.”

Holden said there’s a period of time that visitors are not allowed at the school.

“We need some time with the students to get them used to procedures and get them acclimated to a new setting,” he said. “Parents are usually really understanding about it.”

Mother Jenny Templin said her son was ready to tackle the first grade.

“He walked hand in hand with his friend down the hallway and neither of them looked back,” she said. “There I was like, ‘Can you just look back and acknowledge that I’m here pining after you?’”

Katie Hoggle, mother of a kindergartener and Boohoo/Yahoo attendee, said she had trouble sleeping the night before the first day.

“I had it all together until she turned and walked down the hallway,” Hoggle said. “She was excited, but then she didn’t want to go either.”

But mother Shannon White said she and her son woke up excited about the first day of school. The plan was for her son to ride the bus.

“I ended up driving him, but it worked out fine,” she said. “He was still excited.”

Shelley Griffis, mother of a second grader, commended the school for how well it handled the first day.

“The teachers and staff make it so much more comforting,” she said. “Knowing that you’re leaving your child in the hands of people who care makes it so much easier.”

By NEAL WAGNER / Managing Editor Every public school district serving Shelby County is in the top 25 in the... read more