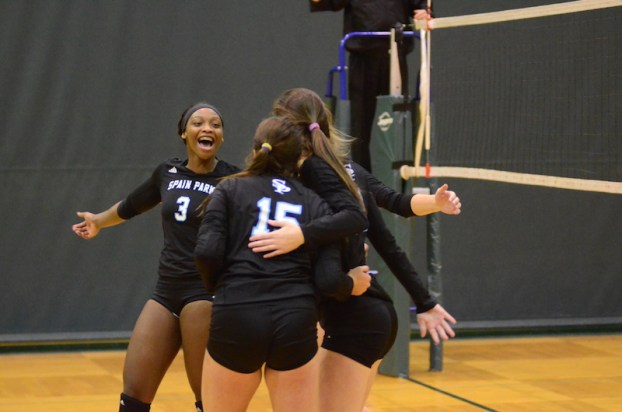 Spain Park will have an athletic squad this season with plenty of height that has the team and head coach Kellye Bowen excited for the year. (File)

Spain Park volleyball ready for next step with tall roster

In the five years head coach Kellye Bowen has been at the helm of the Spain Park volleyball program, the progress has been stable each fall.

Now, heading into the 2018 season, she says the program is leaps and bounds ahead of where it was when she took over.

“The older girls have mentored these younger kids, which finally has things running the way we need them to be,” she said. “They’re having really good growth spurts of learning. We are still climbing. We have not reached our full potential, but each year we have gotten better and I don’t expect that to change.”

Bowen said last year, her team was a top six or seven team that just couldn’t make it out of a difficult region that featured Mountain Brook and Oak Mountain, two final four teams.

That sentiment showed on the court, as the Jags won a ton of games and even beat Oak Mountain at one point, but just couldn’t get out of the area tournament to advance into the postseason.

Had the Jaguars been one of the two teams to advance from the area, there was no telling how far they could have gone with the talented group they had.

While we saw a glimpse of Spain Park’s potential last season, this could be the year they bust through and change the expectation with almost its entire roster of players returning.

“This is one of the best and tallest teams I’ve ever had,” Bowen said. “The ball will be in their court because the talent is there, they just have to believe they can be successful and do what we have been working on every day at practice.”

Bowen said her goal is to make practice more difficult than any game so they will be prepared for any situation that comes up, something her players feel is paying off.

“This year, I’ve not only grown as a player, but I’m also more confident,” said setter Jessica Veal, who is a junior this season. “I feel like I can run the floor as good as anyone else.”

It’s that level of confidence that Bowen knows her team has and just needs to bring out each game.

“We’re competitive and not getting run off the floor by anybody,” she said. “They aren’t scared anymore, but they struggle sometimes with how good their potential could be. They may not know how good they are because we haven’t made a playoff push, but they’re starting to realize they can compete with anyone.”

It’s an area that will feature Mountain Brook as one of the best returning teams in the state as well as Vestavia Hills, Hewitt-Trussville and John Carroll.

“Confidence is a big thing that we need to be key on this year,” said senior Allie DeSantis. “We have to do our jobs and not get down this year if we want to be the team that breaks through.”

Bowen said she has seen a lot of resiliency in the kids during conditioning, weight lifting and the difficult drills she puts them through each day of practice, and hopes that will lead to a special season for this group of players.

“It’s going to be fun to watch this group over the next few months,” Bowen said.