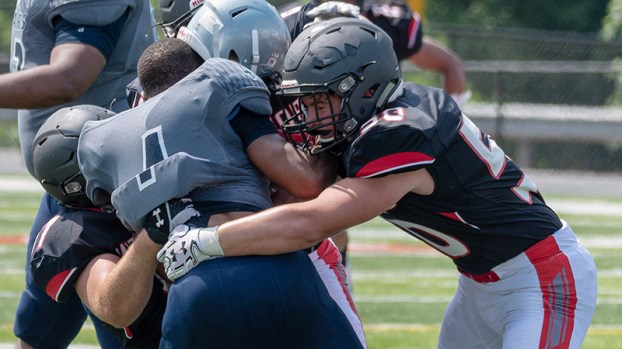 Thompson High School will travel to Crestview, Florida, on Nov. 1 for their final game of the 2018 regular season. (File)

ALABASTER – Thompson High School’s final game of the 2018 regular season will be on a Thursday night in Florida, as the team recently finalized the game’s date with the host school.

The Warriors will travel to Crestview, Florida, just outside of Pensacola, on Thursday, Nov. 1, which will give the team an extra day of recovery time leading into post-season play if they qualify for the playoffs this year. When THS announced in July it was traveling to Crestview High School, the school was still working to determine if the team would travel to Florida on Nov. 1 or Nov. 2.

The Bulldogs have seen much success on the gridiron over the past few years, posting a 10-2 record in 2016 and a 10-1 record last year, and compete in Florida’s 6A classification. Crestview has a student enrollment about the same as Thompson’s.

Thompson, which is coming off one of the most successful seasons in school history at 12-1, will start the 2017 season by facing fellow 7A team James Clemens out of Madison City Schools in the Champions Challenge in Montgomery beginning at 7 p.m. on Friday, Aug. 24. It will mark Thompson’s first-ever matchup with the Jets, who finished the 2017 season with a 3-7 record.

Thompson will return home on Oct. 26 to face Region 3 newcomer Hewitt-Trussville in a nationally televised game on ESPN2. The Huskies have seen plenty of success over the last several years, ending the 2017 season with an 11-1 record and a loss to Hoover in the second round of the playoffs. Thompson has only played Hewitt-Trussville eight previous times, with the Huskies currently holding a 5-3 advantage.

Thompson-Hewitt football game will be on ESPN2

By NEAL WAGNER / Managing Editor ALABASTER – A national audience will be able to watch the Thompson Warriors take... read more