ALABASTER – The parent company for Alabaster’s Shelby Baptist Medical Center has named a new chief executive officer, and is praising him for his track record in the health care field. 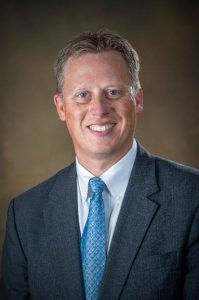 “We are extremely fortunate to welcome Daniel as Shelby Baptist Medical Center’s new CEO. His career progression speaks for itself, and his list of accomplishments is admirable,” said Keith Parrott, CEO, Brookwood Baptist Health. “With his knowledge and familiarity of Tenet combined with his innate leadership skills and interpersonal savvy, I look for him to make an immediate impact in this new role.”

Listi has served in a number of leadership positions in Texas throughout his career, beginning his health care tenure at Glen Rose Medical Center before joining Scott and White Clinic in College Station. From the Scott and White Clinic, he spent nearly three years at G.V. (Sonny) Montgomery VA Medical Center in Jackson, Mississippi, before returning to Texas at Baptist Medical Center – San Antonio as vice president, business development and physician services and later regional growth officer for the Central San Antonio region. In 2011, he joined Valley Baptist Medical Center – Harlingten as chief business development officer before assuming his most recent role.

Listi holds a bachelor of science in health and a master of health care administration from Texas A&M University and is presently a fellow with the American College of Healthcare Executives.