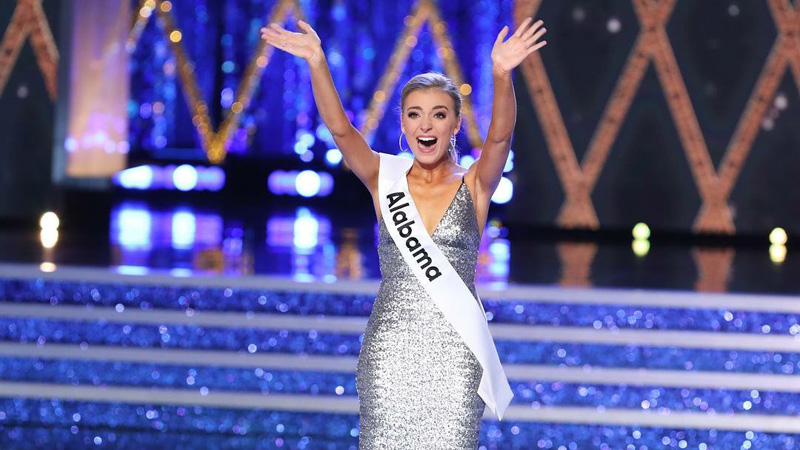 Miss Alabama Callie Walker’s favorite part about competing in the Miss America pageant was the support she received and the opportunity to represent her state on a national stage.

Walker, a Shelby County native and 2015 Oak Mountain High School graduate, was named among the top 10 in the pageant, which concluded Sept. 9 in Atlantic City, New Jersey.

“It was crazy, exciting, nerve racking, and amazing all in one,” Walker said and added she appreciated the “immense amount of support I received from my friends and family and also Alabamians that I had never met.” “It was so uplifting knowing that my state was behind me every step of the way!”

Walker attends the University of Alabama and won the Miss Tuscaloosa preliminary pageant.

During the Miss America pageant, Walker performed “The Hoedown” from “Rodeo” composed by Aaron Copeland.

Walker’s mother is her ballet teacher and choreographed the Western-themed piece when Walker was young.

“I just really loved the music, and when I started competing, I knew I wanted to compete to that piece,” Walker has said. “She also created the costume, so I always have a piece of my mom with me when I’m on the stage.”

She debuted in “Grease” as a junior at OMHS, and then performed in “Shrek The Musical” as a senior.

Walker said she will remember most the friendships that were created during the Miss America program.

“People love to think that we pretend to be friends, when in reality we do develop genuine friendships and relationships within this organization,” she said.

Walker has resumed her responsibilities as Miss Alabama.

“I will continue to travel the state promoting my social impact initiative, ‘Let’s Talk Trash!’, promoting Children’s Miracle Network Hospitals, and of course promoting the Miss Alabama Pageant,” she said.