COLUMBIANA – A 54-year-old Alabaster man who is facing multiple felony human trafficking charges is back in the Shelby County jail without bond after he was recently arrested and charged with distributing a controlled substance in Jefferson County. 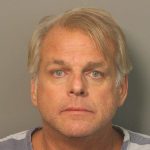 The Hoover Police Department arrested Jeffrey Todd Langley, who lists an address on Elm Drive, on Sept. 26 and charged him with three felony counts of unlawful distribution of a controlled substance.

The charges came after he allegedly distributed alprazolam – commonly known as Xanax – in Hoover on July 19, 23 and 26, according to his arrest warrants in Jefferson County District Court.

The APD arrested Langley and Alabaster resident Sutton Stafford Burleigh on Sept. 29, 2016, during an investigation into what police said was an illegal escort service involving at least one juvenile victim in and around the Alabaster area.

Burleigh was charged with one count of second-degree human trafficking and was released from jail the same day he was arrested after posting a $60,000 bond. As of Oct. 18, he had not been indicted on any charges.

According to the indictments, Langley allegedly “arranged/provided individuals for (four victims) to engage in sex with for U.S. currency” between Jan. 1, 2008 and Sept. 23, 2016.

Langley is set to appear in Shelby County Circuit Court on Dec. 3 for a hearing in front of Judge William Bostick.

HOOVER – Brave adventurers walked down a dark passage choked with cobwebs, trying to decide whether to draw their weapons... read more