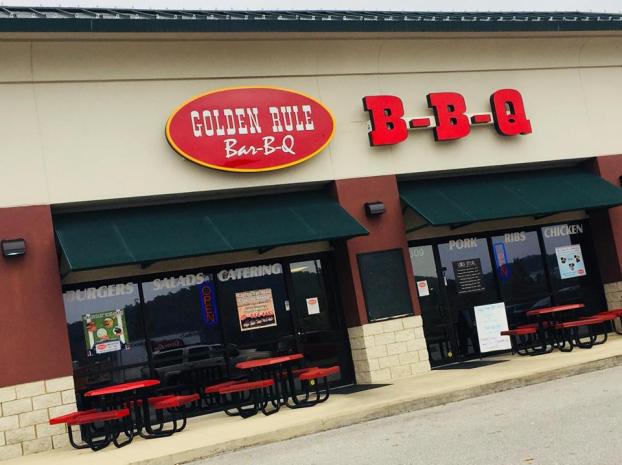 Golden Rule BBQ is reopening after a kitchen fire on Oct. 25 forced the restaurant to close for weeks. (Contributed)

PELHAM – Golden Rule BBQ will be closed for the next few weeks after a fire on Thursday, Oct. 25, damaged a portion of the restaurant’s kitchen.

Owner Paul Curcio said the fire started sometime between 9:40 p.m. and 10:15 p.m. after everyone had gone home for the day. He was notified of the fire by the Pelham Police Department and arrived at the restaurant around 10:20 p.m.

“By the time that I got there, the fire department was already there and getting the fire under control,” he said. “The fire department is also helping me get in touch with the right people because I will have to get an inspection done and get another permit before reopening.”

Damage to the building is confined to the kitchen and was started by a piece of kitchen equipment. Curcio said he hopes to reopen in about three weeks.

“The hood system that we purchased from Blaising Fire and Water, which is right here in Pelham, did everything that it was supposed to do in preventing the fire from spreading further,” Curcio said. “There was no exterior damage to the building, but we do have to replace our hood system.”

Curcio said repairs are expected to cost close to $50,000, but fortunately the business’s insurance is helping with that.