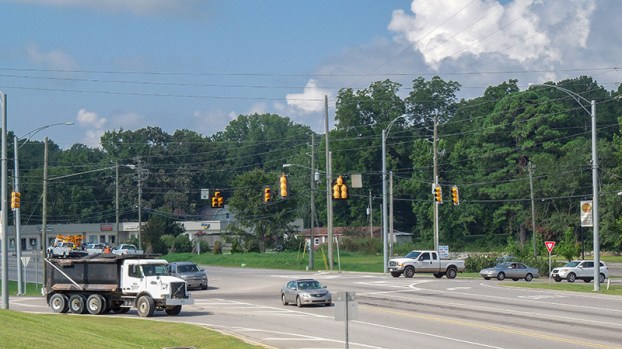 Highway 119 widening to progress in phases

ALABASTER – A project to widen Alabama 119 south of its intersection with Fulton Springs Road in Alabaster is back on the table, and will be completed in phases as funding allows, according to Alabaster Mayor Marty Handlon.

Handlon said the city recently received approval from the Federal Highway Administration to split the widening project into phases rather than one large project, as was originally planned. Earlier this year, the city learned the cost of widening the roadway from Fulton Springs Road to south of Veterans Park was significantly higher than expected, and was more than the funding amount available.

After learning this, the city asked the Federal Highway Administration for permission to split the widening project into phases. The first phase will widen the road from Fulton Springs Road to Shelby County 12, commonly known as Butler Road, which could be covered by the funding the city and the Alabama Department of Transportation have available now.

The second phase would add a walking and bike path along the widened portion of the road, and would extend the widening to Veterans Park.

On Nov. 8, Handlon said ALDOT was completing design and engineering studies on phase one, which must be approved by the feds before the project can begin construction. After obtaining federal approval, ALDOT will begin right-of-way acquisition, which likely will take between a year and 18 months to complete, in the spring or summer of 2019.

Construction on phase one of the widening project likely will begin in 2020, Handlon said.

Alabaster is still waiting to hear if it has been awarded an up-to-$25 million grant from the U.S. Department of Transportation, which it applied for in August to help offset the higher-than-expected cost of the widening project.

For the entire project, the city must acquire about 40 pieces of property along the 119 corridor between Fulton Springs Road and Veterans Park to allow the project to begin construction. Because the project is using federal dollars, the city must have all right-of-way in hand for each phase before construction on the phase can begin.

Once completed, the project will widen the heavily congested Alabama 119 to five lanes. Earlier this year, the city enacted a residential building moratorium along the 119 corridor in an effort to keep the traffic congestion from getting worse in the area.

HOOVER –Shelby County and the city of Hoover will partner on two recreational projects: the construction of a restroom facility... read more