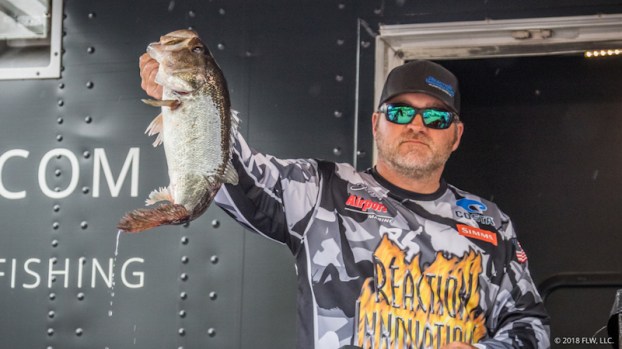 Helena local Jonathan Canada was one of 170 anglers selected to compete as a pro on the 2019 Fishing League Worldwide Tour. (Contributed)

Helena angler to compete as pro on 2019 FLW Tour

The field will be showcased along the 2019 FLW Tour, which features seven regular-season tournaments around the country with competition kicking off at Sam Rayburn Reservoir, Jan. 10-13, 2019 in Brookeland, Texas, and culminating with the world championship of bass fishing–the FLW Cup at Lake Hamilton, Aug. 9-11, 2019 in Hot Springs, Arkansas.

Among the 170 professional anglers competing will be local angler Jonathan Canada of Helena, who will be competing in his first season on the tour. Canada has career earnings of more than $24,000 in FLW competition and is one of 34 rookies on tour in 2019. Canada will look to accumulate the most points of his 33 peers to earn the coveted FLW Rookie of the Year award.

There was enormous demand to compete on the 2019 FLW Tour, with 210 anglers registering for a slot on the prestigious tournament circuit in its final year of priority registration before switching to a strict qualifying process and a 150-pro field in 2020.

The top award at each tour event is $125,000 with $300,000 going to the winner of the FLW Cup. Since the final field exceeds the published payout basis of 150 pros, FLW will survey all 170 participating pros to finalize the 2019 payout structure.

“With the demand we saw this year to join the FLW Tour, we couldn’t be more eager to kick off another season at Sam Rayburn Reservoir in January,” Bill Taylor, FLW’s Senior Director of Tournament Operations, said. “FLW has long been the home to some of the most decorated bass anglers in the sport, and with the expanded live coverage at all of our tour events this year, we are more than ready to show off their skills at some of the best fisheries in the world.”

The complete FLW Tour roster and regular season schedule for 2019 can be found at FLWFishing.com.

By GRAHAM BROOKS / Staff Writer HELENA – After finishing in third place in the Sneaky Pete’s Rebel Classic the... read more