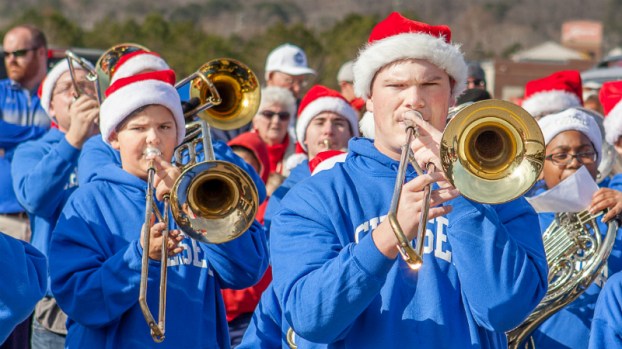 CHELSEA –This year’s Chelsea Christmas parade will be followed by a Jingle and Mingle with Santa event offering residents the opportunity to take photos with Mr. and Mrs. Claus and others.

Characters at the event on Dec. 15 available for photos will include those from Beauty & The Beast, Cinderella, Paw Patrol, Dora the Explorer and Spider-Man.

“We’ve got some big names coming in for that thing,” Chelsea Mayor Tony Picklesimer said during the Chelsea City Council meeting on Tuesday, Dec. 4, while reminding residents of the event.

Attendees are encouraged to bring their own cameras for the event.

Entertainment will begin at 9 a.m. on Dec. 15 at the grandstand located in the field behind the Winn-Dixie shopping center in Chelsea.

The city’s 19th annual Christmas parade will begin at 10 a.m., and Jingle and Mingle with Santa will be held from noon until 4 p.m.

Also at the Council meeting, Fire Chief Wayne Shirley gave an update about an increase in the number of calls handled by the department.

“We’ve been busy,” Shirley said. “I think the mayor can attest from looking at our call volume. The guys are working hard.”

Shirley also said the department often hears from residents who are pleased with their service.

“I continually get dropped messages to our Facebook page about our crews and the work they do,” he said.

Picklesimer took the opportunity to remind residents whose property borders city limits that fire service is one of the advantages of being part of the city.

The next City Council meeting is scheduled for 6 p.m. on Dec. 18 at Chelsea City Hall.

Christmas on the Farm postponed to Dec. 21

HARPERSVILLE – Old Baker Farm’s Christmas event has been postponed because of the threat of inclement weather. Christmas on the... read more