COLUMBIANA – A 27-year-old Maylene man with a history of drug charges is facing up to life in prison after he was arrested and charged with felony first-degree rape in early December. 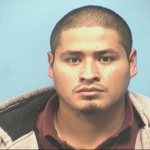 The Alabaster Police Department arrested Amancio Betancourt Martinez, who lists an address on Hidden Brook Trail, and charged him with the crime, which is a Class A felony.

According to his arrest warrant, Martinez allegedly “engaged in sexual intercourse with the victim “by forcible compulsion” on Nov. 26.

When he was arrested on the rape charge, Martinez was on probation on a cocaine trafficking charge he pleaded guilty to in 2014. When he pleaded guilty to the drug charge, he was originally sentenced to 10 years in prison, but his sentence was split to three years in prison followed by two years of supervised probation. He received 542 days of jail credit reduced from his prison sentence.

Because he was on probation when he was arrested on the rape charge, his probation was revoked, meaning his entire original 10-year prison sentence could be reinstated.

Martinez is now set to appear in Shelby County District Court for a preliminary hearing in front of Judge Daniel Crowson on Dec. 20.

As of Dec. 6, Martinez was being held in the Shelby County Jail without bond on the probation revocation.

Thompson falls in 7A title game